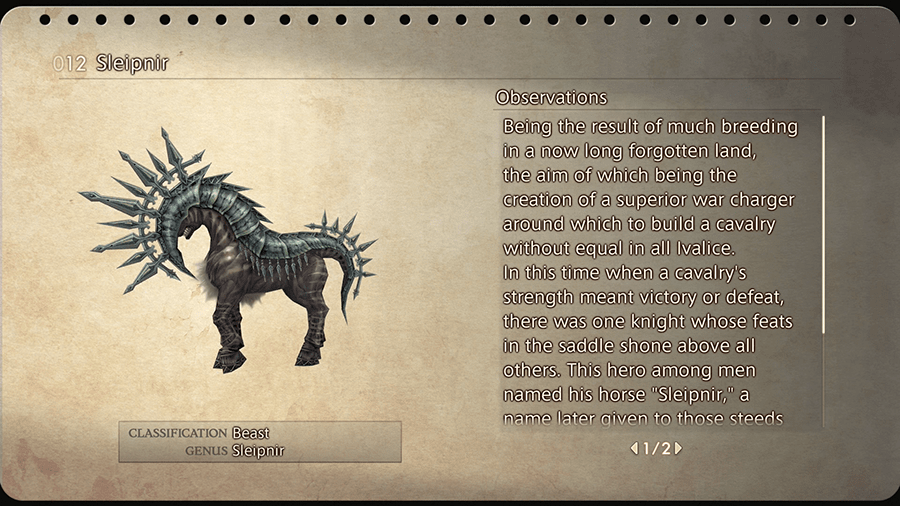 “Being the result of much breeding in a now long forgotten land, the aim of which being the creation of a superior war charger around which to build a cavalry without equal in all Ivalice.

In this time when a cavalry’s strength meant victory or defeat, there was one knight whose feats in the saddle shone above all others. This hero among men named his horse ‘Sleipnir’, a name later given to those steeds chosen by his disciples.

In more recent days, the great cavalries of old are gone, their once proud steeds grown wild and feral at heart.”