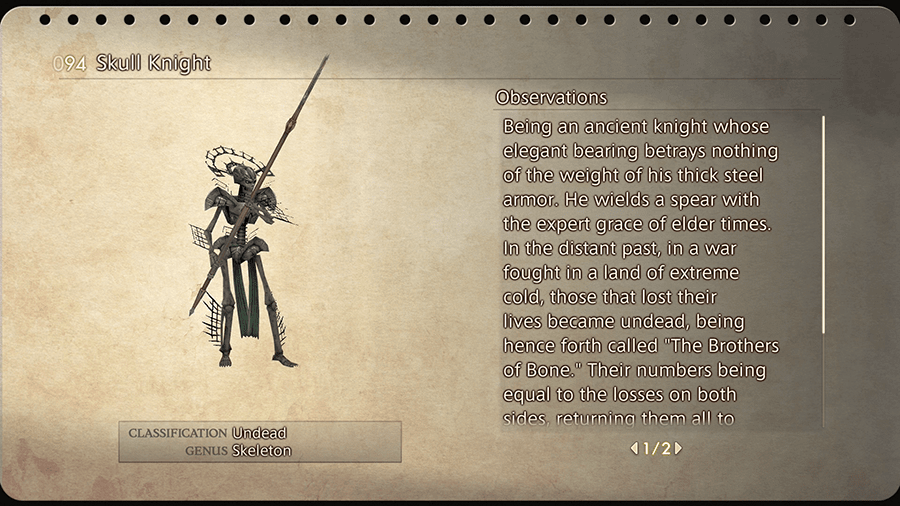 “Being an ancient knight whose elegant bearing betrays nothing of the weight of his thick steel armor. He wields a spear the expert grace of elder times. In the distant past, in a war fought in a land of extreme cold, those that lost their lives became undead, being hence forth called ‘The Brothers of Bone.’ Their numbers being equal to the losses on both sides, returning them all to the land’s warm embrace would be an epic undertaking.”