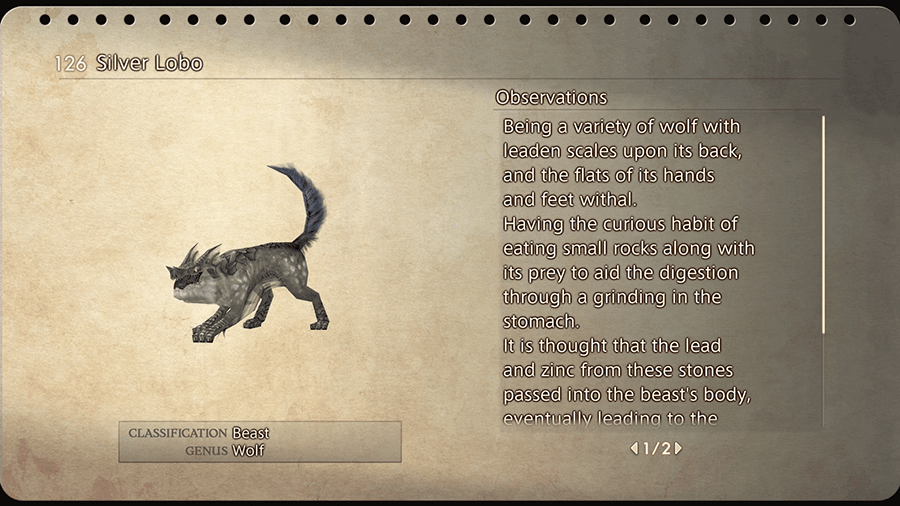 “Being a variety of wolf with leaden scales upon its back, and the flats of its hands and feet withal.

Having the curious habit of eating small rocks along with its prey to aid the digestion through a grinding in the stomach.

It is thought that the lead and zinc from these stones passed into the beast’s body, eventually leading to the formation of their unique scales.”