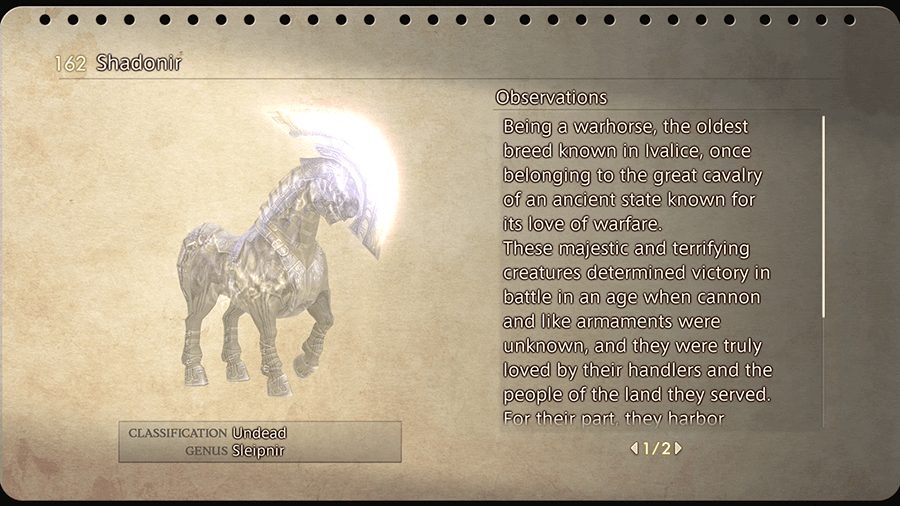 “Being a warhorse, the oldest breed known in Ivalice, once belonging to the great cavalry of an ancient state known for its love of warfare.

These majestic and terrifying creatures determined victory in battle in an age when cannon and like armaments were unknown, and they were truly loved by their handlers and the people of the land they served.

For their part, they harbor an undying loyalty to their homeland, though it be naught more now than dust and echoes. They serve and protect its memory to this very day, though their bodies have faded and they are something near to spirits.”