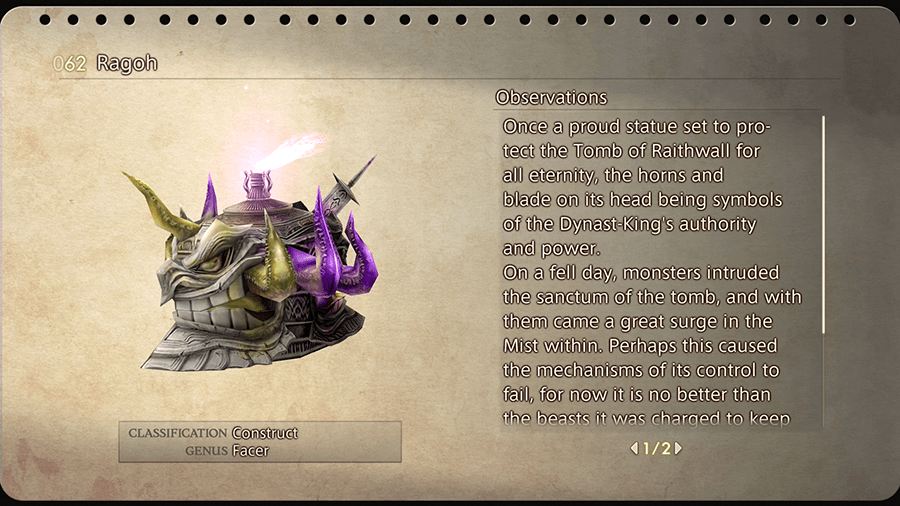 “Once a proud statue set to protect the Tomb of Raithwall for all eternity, the horns and blade on its head being symbols of the Dynast-King’s authority and power.

On a fell day, monsters intruded the sanctum of the tomb, and with them came a great surge in the Mist within. Perhaps this caused the mechanisms of its control to fail, for now it is no better than the beasts it was charged to keep away, and it will rampage down death-corridors until it is given its final rest.”