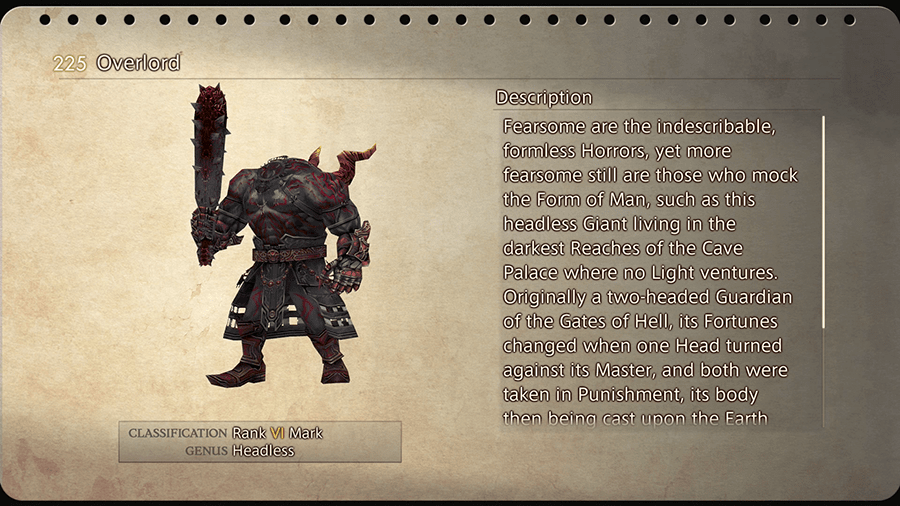 “Fearsome are the indescribable, formless Horrors, yet more fearsome still are those who mock the Form of Man, such as this headless Giant living in the darkest Reaches of the Cave Palace where no Light ventures. Originally a two-headed Guardian of the Gates of Hell, its Fortunes changed when one Head turned against its Master, and both were taken in Punishment, its body then being cast upon the Earth to suffer.

* Overlord is the Mark for Hunt 23. Check out the Hunt 23: The Things We Do… Hunt page for more information.