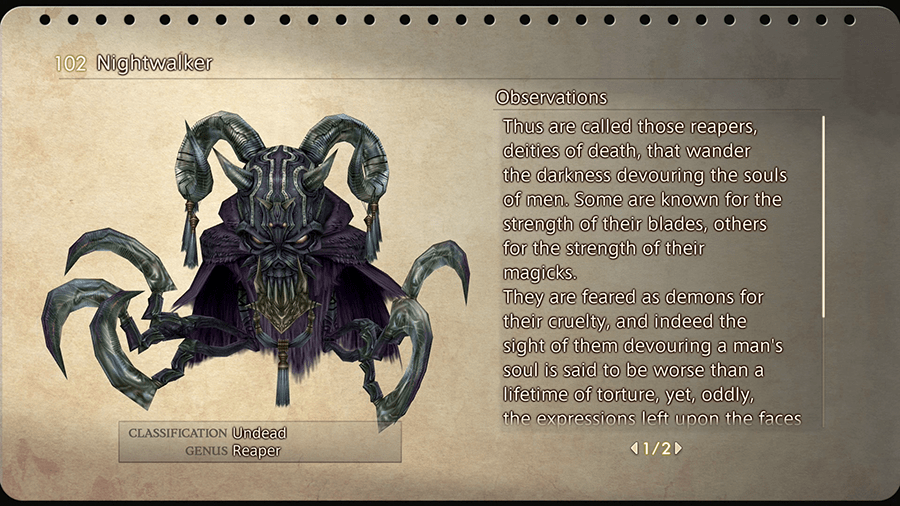 They are feared as demons for their cruelty, and indeed the sight of them devouring a man’s soul is said to be worse than a lifetime of torture, yet, oddly, the expressions left upon the faces of those whose souls have been devoured are not masks of pain, but of beatific calm. This has led some to speculate that it is not, perhaps, the Inferno to which they bear their victims, but Paradise.”