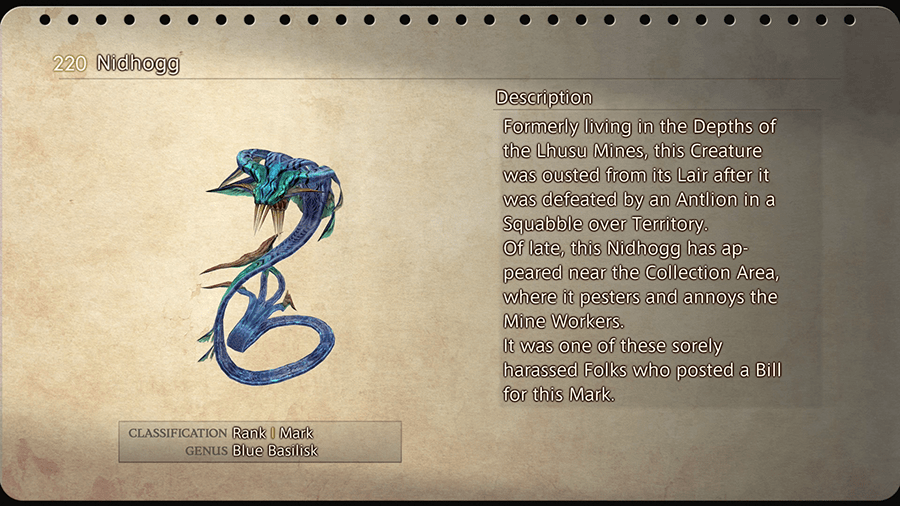 “Formerly living in the Depths of the Lhusu Mines, this Creature was ousted from its Lair after it was defeated by an Antlion in a Squabble over Territory.

Of late, this Nidhogg has appeared near the Collection Area, where it pesters and annoys the Mine Workers.

It was one of these sorely harassed Folks who posted a Bill for this Mark.”

* Nidhogg is the Mark for Hunt 05. Check out the Hunt 05: Marauder in the Mines Hunt page for more information.