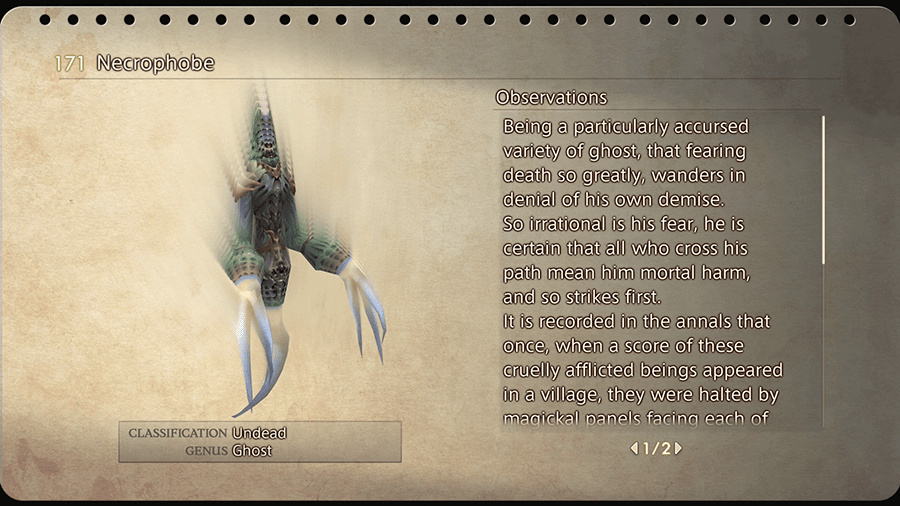 “Being a particularly accursed variety of ghost, that fearing death so greatly, wanders in denial of his own demise.

So irrational is his fear, he is certain that all who cross his path mean him mortal harm, and so strikes first.

It is recorded in the annals that once, when a score of these cruelly afflicted beings appeared in a village, they were halted by magickal panels facing each of the cardinal directions, this device barring all misfortune from entering the homes of the people who lived there. Safe though they were, the villagers were nonetheless besieged. Fearing starvation as much as the violence of their enemy, many contemplated suicide, but as the sun set on the third day, they peered through their windows to find that the ghosts had vanished, never to be seen again.”