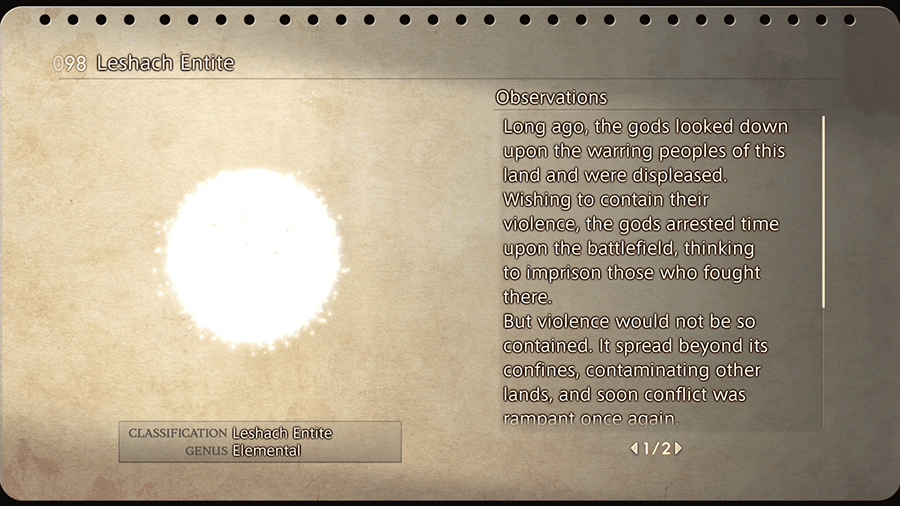 “Long ago, the gods looked down upon the warring peoples of this land and were displeased.

Wishing to contain their violence, the gods arrested time upon the battlefield, thinking to imprison those who fought there.

But violence would not be so contained. It spread beyond its confines, contaminating other lands, and soon conflict was rampant once again. In their grief, the gods made a scourging blizzard to rage, and when the blizzard lifted, men looked to the skies and found they were alone.

This fateful tumult is said to have given birth to the leshach entite.”