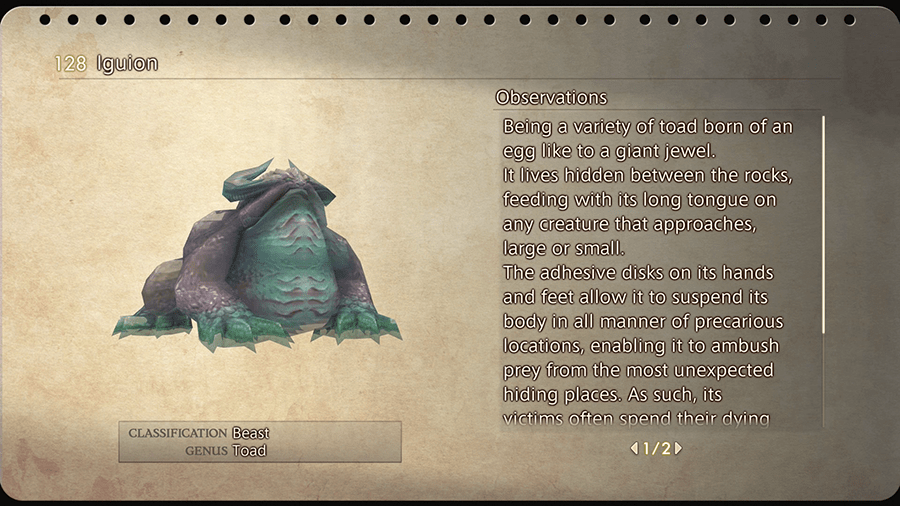 “Being a variety of toad born of an egg like to a giant jewel.

It lives hidden between the rocks, feeding with its long tongue on any creature that approaches, large or small.

The adhesive disks on its hands and feet allow it to suspend its body in all manner of precarious locations, enabling it to ambush prey from the most unexpected hiding places. As such, its victims often spend their dying moments in a state of acute bemusement rather than fear.”