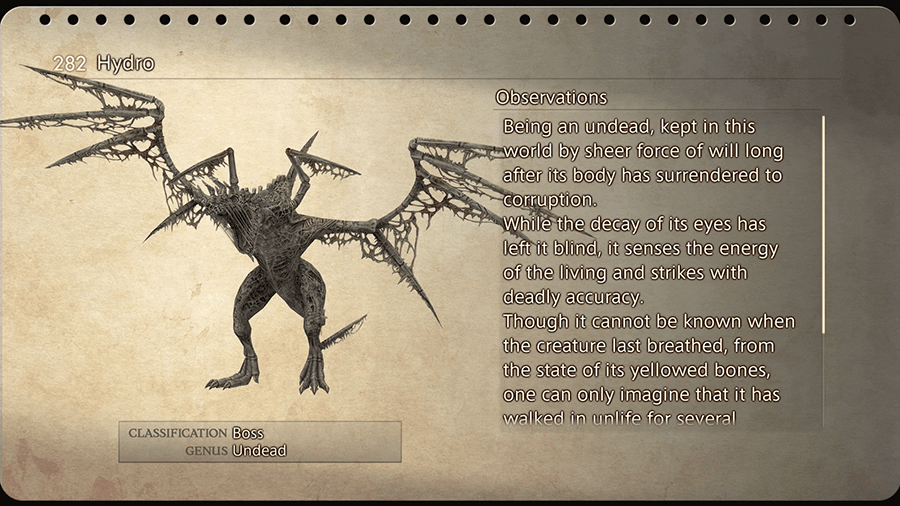 “Being an undead, kept in this world by sheer force of will long after its body has surrendered to corruption.

While the decay of its eyes has left it blind, it senses the energy of the living and strikes with deadly accuracy.

Though it cannot be known when the creature last breathed, from the state of its yellowed bones, one can only imagine that it has walked in unlife for several thousands of years.”

· The Pharos - First Ascent - They Who Thirst Not*

* The team automatically engages in battle with the Hyrdo when they leave the Ridorana Cataract and enter the Pharos - First Ascent.