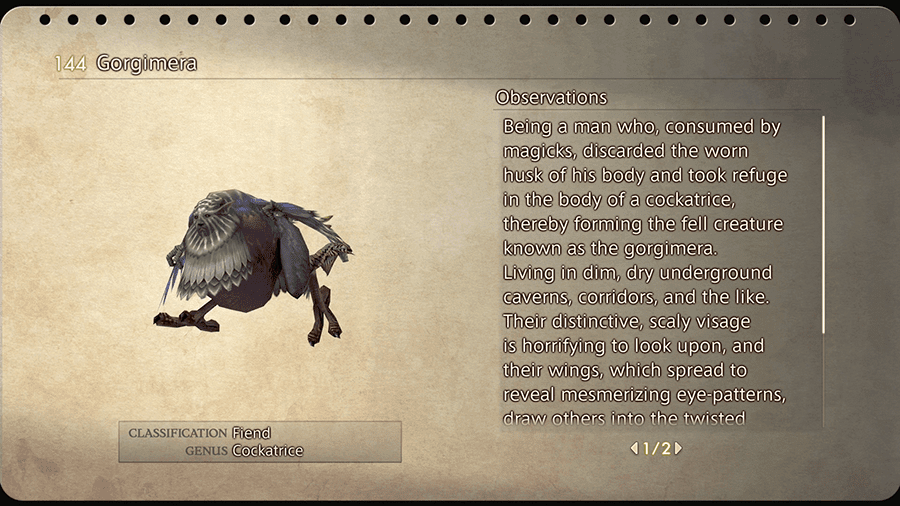 “Being a man who, consumed by magicks, discarded the worn husk of his body and took refuge in the body of a cockatrice, thereby forming the fell creature known as the gorgimera.

Living in dim, dry underground caverns, corridors, and the like. Their distinctive, scaly visage is horrifying to look upon, and their wings, which spread to reveal mesmerizing eye-patterns, draw others into the twisted world of their wholly corrupted minds.”