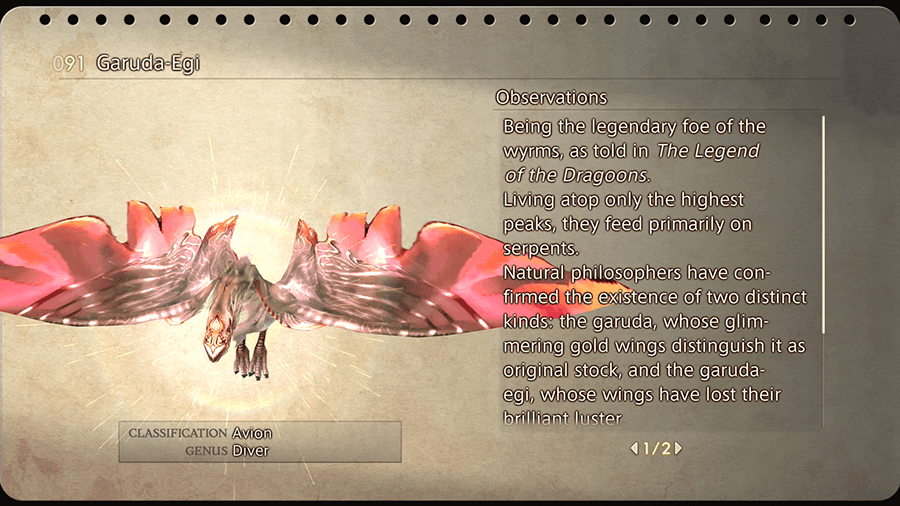 “Being the legendary foe of the wyrms, as told in The Legend of the Dragons.

Living atop only the highest peaks, they feed primarily on serpents.

Natural philosophers have confirmed the existence of two distinct kinds: the garuda, whose glimmering gold wings distinguish it as original stock, and the garuda-egi, whose wings have lost their brilliant luster.

Many are the cultures that regard these creatures as gods for their auspicious appearance.”