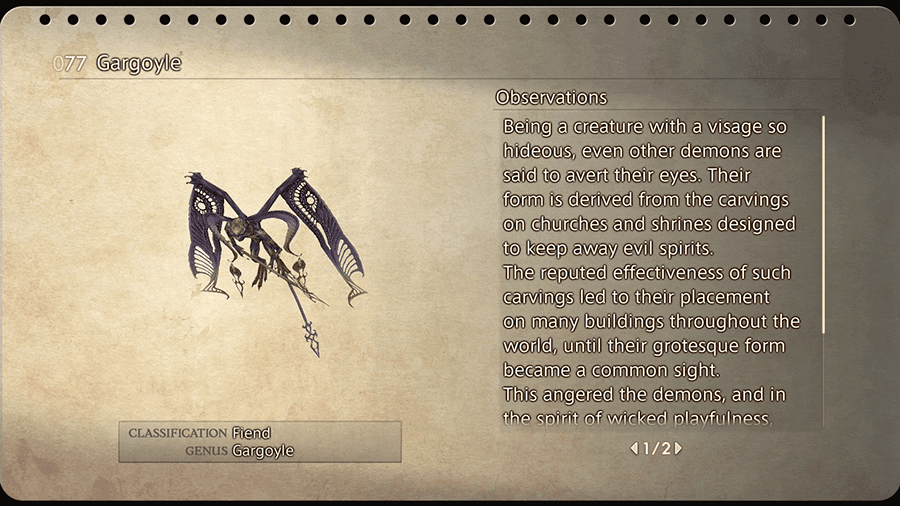 “Being a creature with a visage so hideous, even other demons are said to avert their eyes. Their form is derived from the carvings on churches and shrines designed to keep away evil spirits.

The reputed effectiveness of such carving led to their placement on many building throughout the world, until their grotesque form became a common sight.

This angered the demons, and in the spirit of wicked playfulness, some of them took the form of the very creations meant to drive them away.”