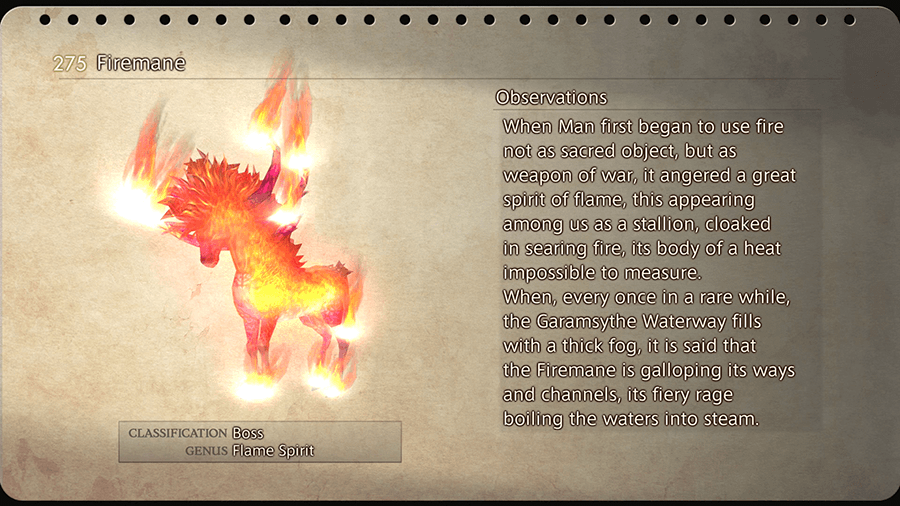 “When Man first began to use fire not as sacred object, but as weapon of war, it angered a great spirit of flame, this appearing among us as a stallion, cloaked in searing fire, its body of a heat impossible to measure.

When, every once in a rate while, the Garamsythe Waterway fills with a thick fog, it is said that the Firemane is galloping its ways and channels, its fiery rage boiling the waters into steam.”

* Firemane is automatically fought as a mini-boss when the team reaches Garamsythe Waterway. Click on the link to head to that section of the walkthrough.