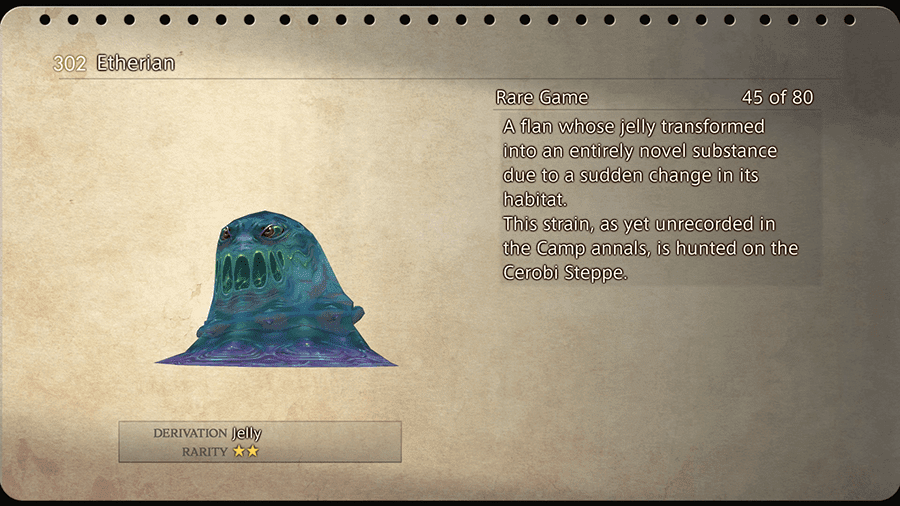 “A flan whose jelly transformed into an entirely novel substance due to a sudden change in its habitat. This strain, as yet unrecorded in the Camp annals, is hunted on the Cerobi Steppe.”

* The Etherian will appear only after you have defeated all of the other enemies in the Northsward area of the Cerobi Steppe. Etherian can be used to farm

High Arcana relatively easily as you can leave the area and return and the Etherian will respawn again. The odds of it dropping a High Arcana is still small though so it may take quite a while.