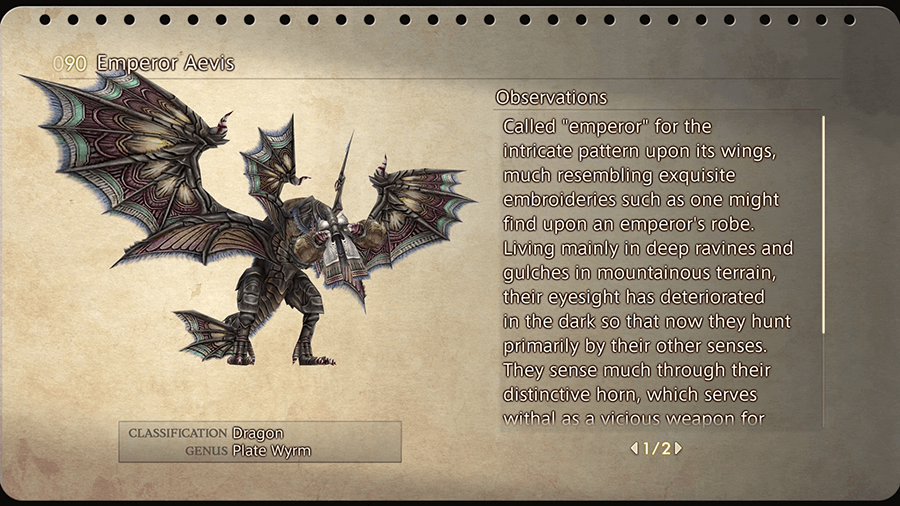 “Called ‘emperor’ for the intricate pattern upon its wings, much resembling exquisite embroideries such as one might find upon an emperor’s robe.

Living mainly in deep ravines and gulches in mountainous terrain, their eyesight has deteriorated in the dark so that now they hunt primarily by their other senses. They sense much through their distinctive horn, which serves withal as a vicious weapon for impaling foes.”