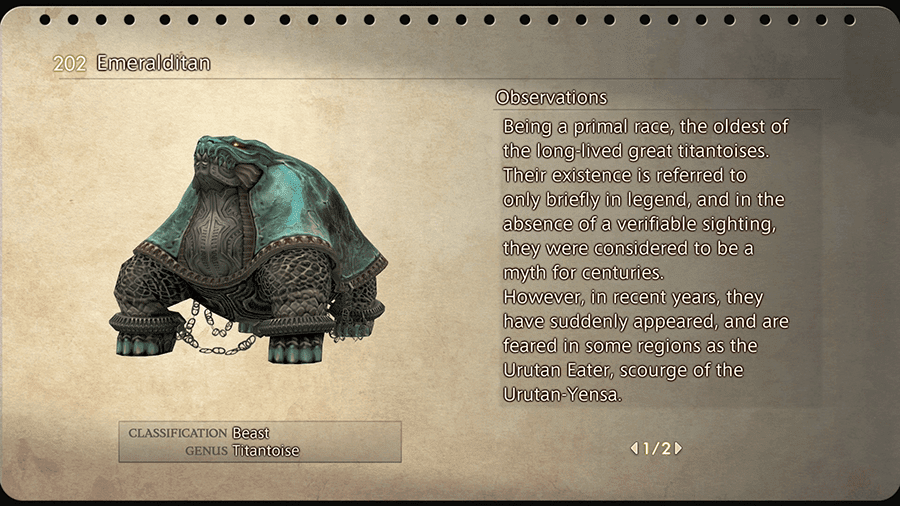 “Being a primal race, the oldest of the long-lived great titantoises. Their existence is referred to only briefly in legend, and in the absence of a verifiable sighting, they were considered to be a myth for centuries.

However, in recent years, they have suddenly appeared, and are feared in some regions as the Urutan Eater, scourge of the Urutan-Yensa.”