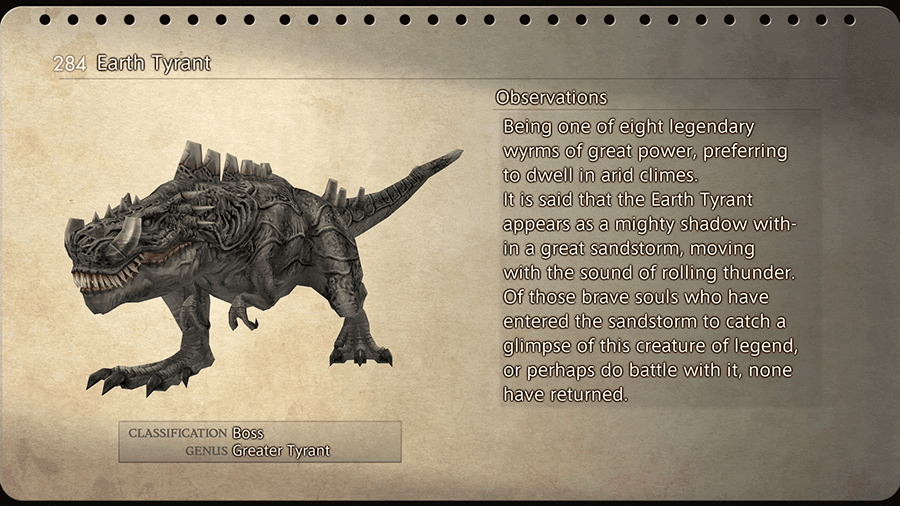 “Being one of eight legendary wyrms of great power, preferring to dwell in arid climes.

It is said that the Earth Tyrant appears as a mighty shadow within a great sandstorm, moving with the sound of rolling thunder.

Of those brave souls who have entered the sandstorm to catch a glimpse of this creature of legend, or perhaps do battle with it, none have returned.”