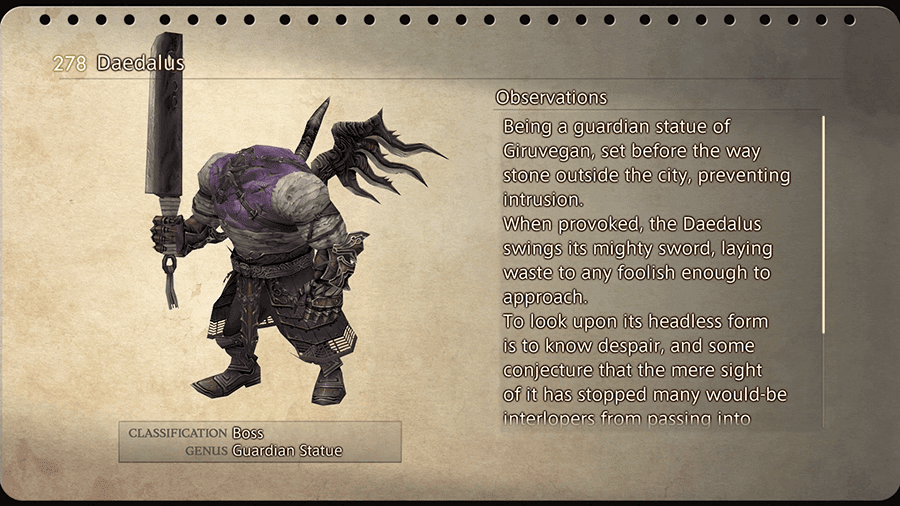 “Being a guardian statue of Giruvegan, set before the way stone outside the city, preventing intrusion.

When provoked, the Daedalus swings its might sword, laying waste to any foolish enough to approach.

To look upon its headless form is to know despair, and some conjecture that the mere sight of it has stopped many would-be interlopers from passing into the city.”

The Daedalus is a boss that is fought when the team reaches the Ancient City of Giruvegan during the regular story mode.