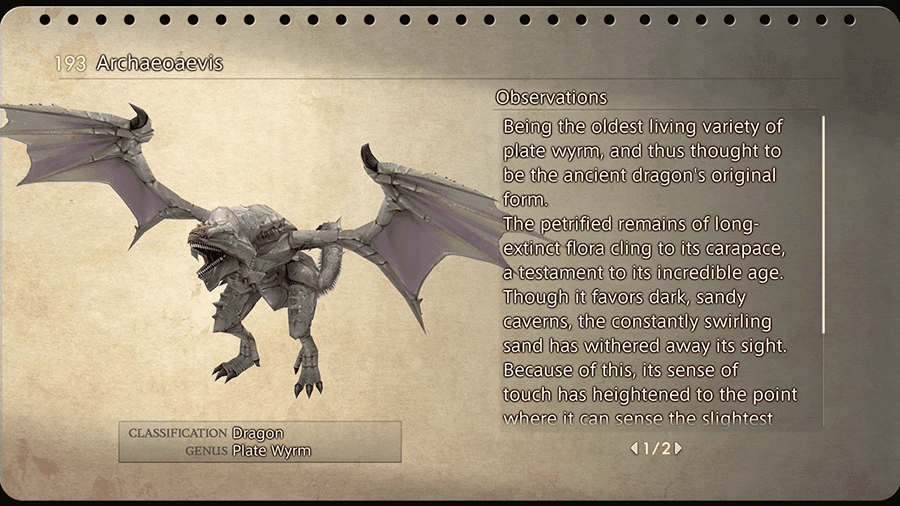 “Being the oldest living variety of plate wyrm, and thus thought to be the ancient dragon’s original form.

The petrified remain of long-extinct flora cling to its carapace, a testament to its incredible age. Though it favors dark, sandy caverns, the constantly swirling sand has withered away its sight. Because of this, its sense of touch has heightened to the point where it can sense the slightest movements in the air, thereby to find its prey and strike.”

The Archaeoaevis can be quite difficult to defeat, even at later stages of the game. Equip your party members with

Confuse on it to make the battle easier.