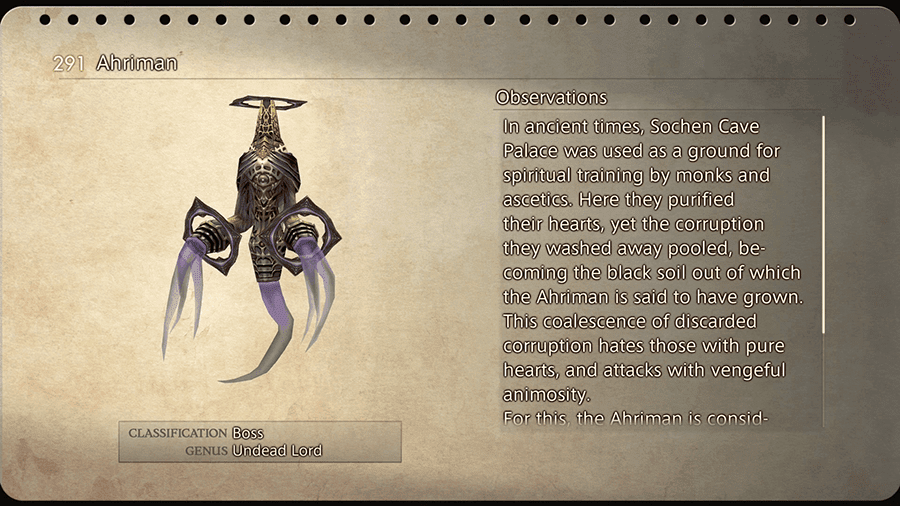 “In ancient times, Sochen Cave Palace was used as a ground for spiritual training by monks and ascetics. Here they purified their hearts, yet the corruption they washed away pooled, becoming the black soil out of which Ahriman is said to have grown.

This coalescence of discarded corruption hates those with purse hearts, and attacks with vengeful animosity.

For this, the Ahriman is considered an enemy by most religions of Ivalice.”