Masamune is a Celestial Weapon and it is the most powerful weapon for Auron in the game. 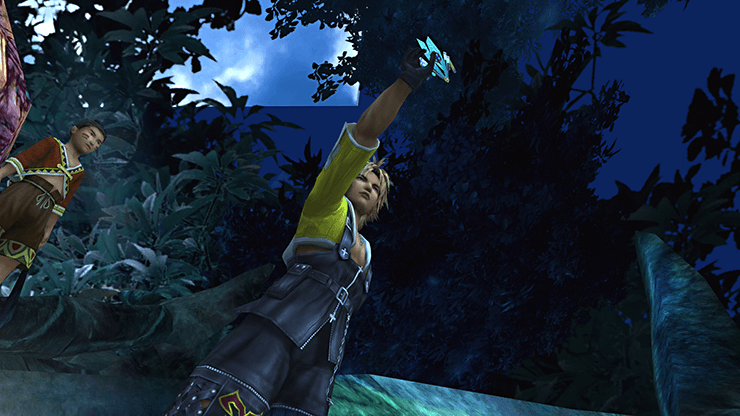 In order to create the fully powered-up Masamune you will need to obtain the Masamune weapon itself first, then use the

Mars Crest and the

Mars Sigil to power it up.

The first step to obtaining the weapon is to obtain the

Rusty Sword. Make your way to the Calm Lands and then north into the Gorge. Head down towards the entrance of the Cavern of the Stolen Fayth and follow the trail off to the right from here. The Rusty Sword is located at the end of the pathway - use the screenshots below to help guide you. 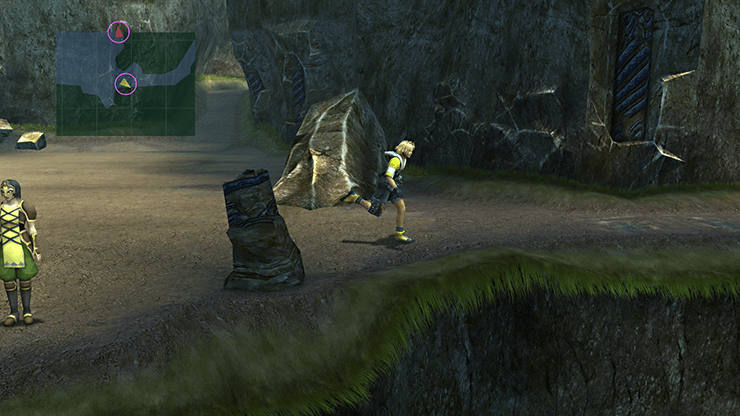 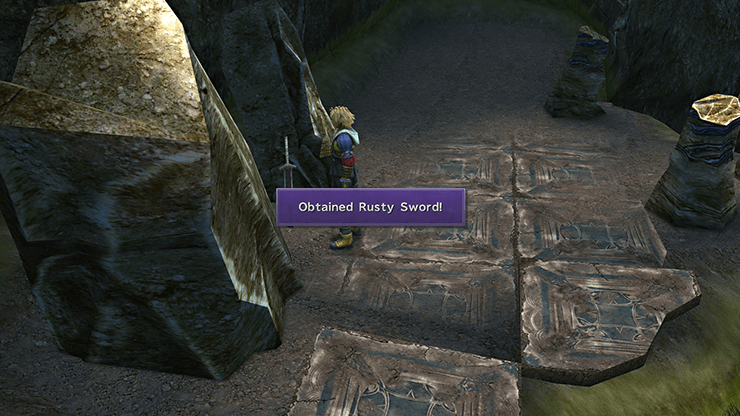 Now you need to find the Statue of Lord Mi’ihen.

Godhand is or was located and you cannot get to the Statue of Lord Mi’ihen by entering from the Mi’ihen Highroad.

If you attempt to go this way without treading carefully you may also be ambushed by the Dark Magus Sisters. This will only happen though if you have already obtained the Magus Sisters Aeon. More information about the Dark Aeons can be found in the Dark Aeons side quest section.

Travel to the Djose Highroad instead. Walk westward until you find a stack of crates leading up onto the ruins. Follow the pathway southward. 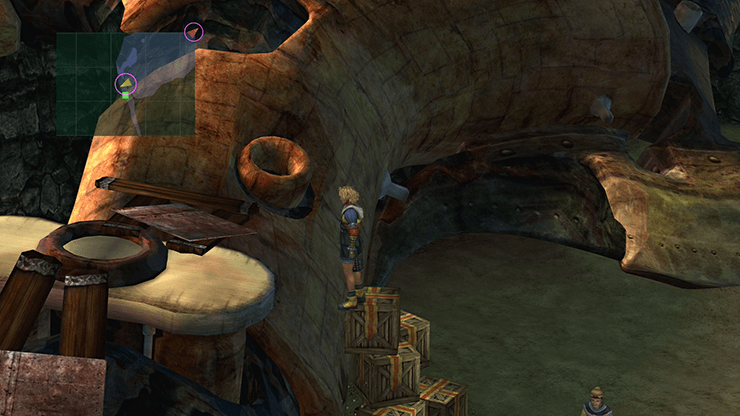 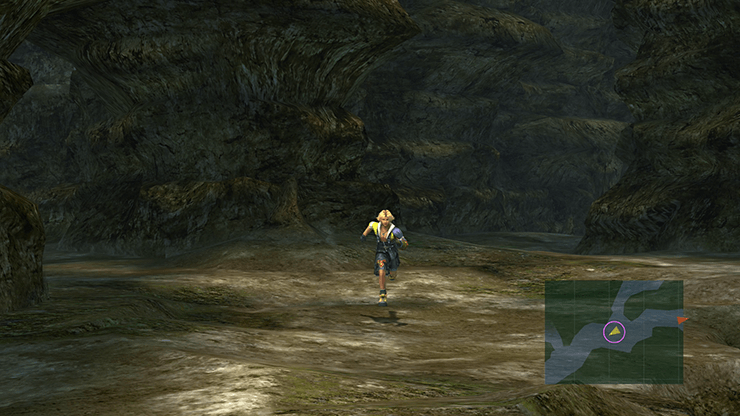 Continue along the path until you see an area jutting out to the north. Follow the pathway in and you will find an elevator. Take the elevator up to find the statue of Lord Mi’ihen. 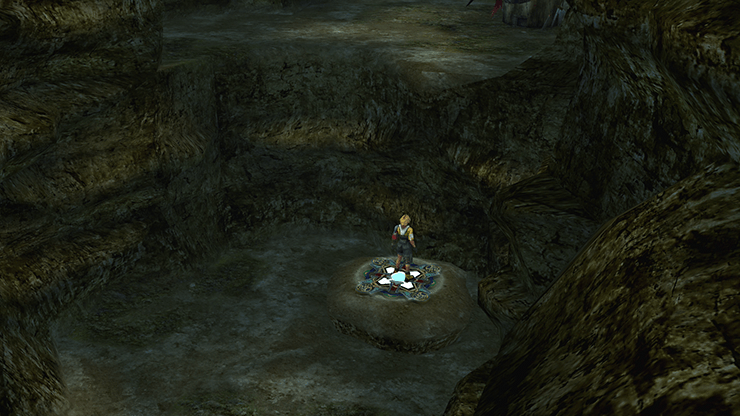 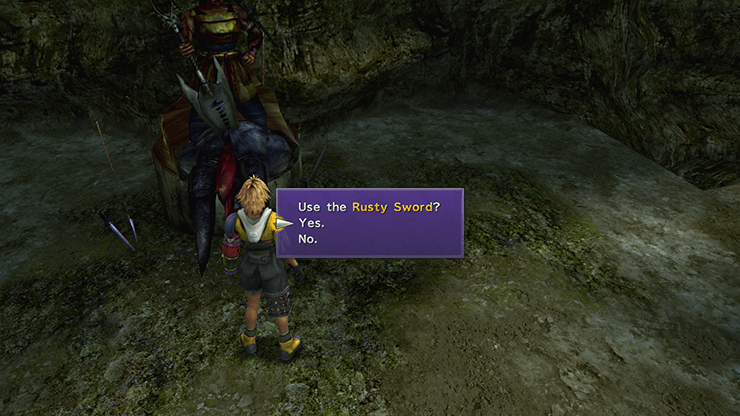 Button near the statue to use the

Rusty Sword which will cause a glyph to appear on the far wall. Press

Button near the glyph to cause the Celestial Mirror to react. The mirror will glow and you will receive Masamune. You must now find the Mars Crest and the Mars Sigil to power up Masamune as by default it will only have the 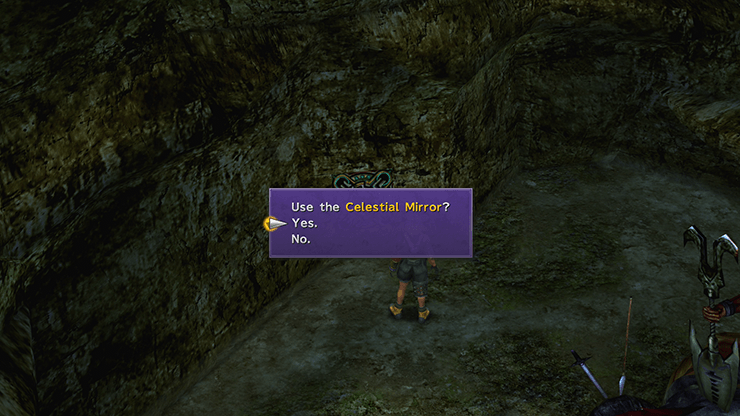 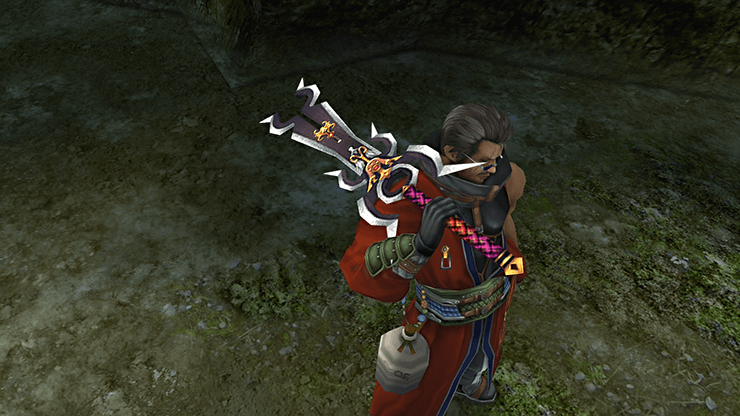 Mars Crest. It would be located under the “Key Items” tab.

If you did not obtain it during regular play through of the main story, start off by traveling to the Mi’ihen Highroad. Rent a Chocobo from the lady standing outside of Rin’s Travel Agency. Follow the Highroad along until you reach the North End where the gate is located (shown in the screenshot below. 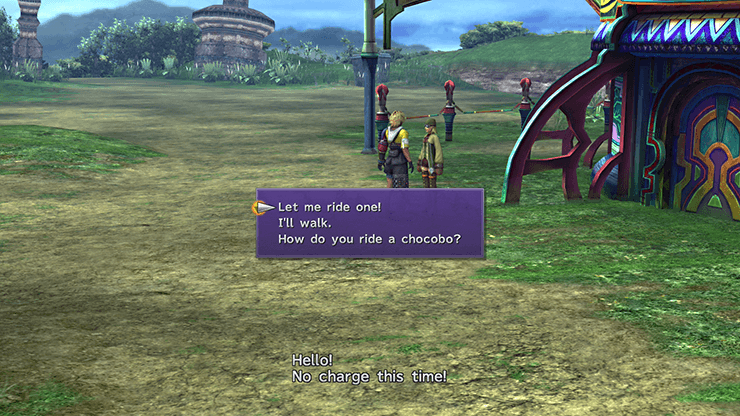 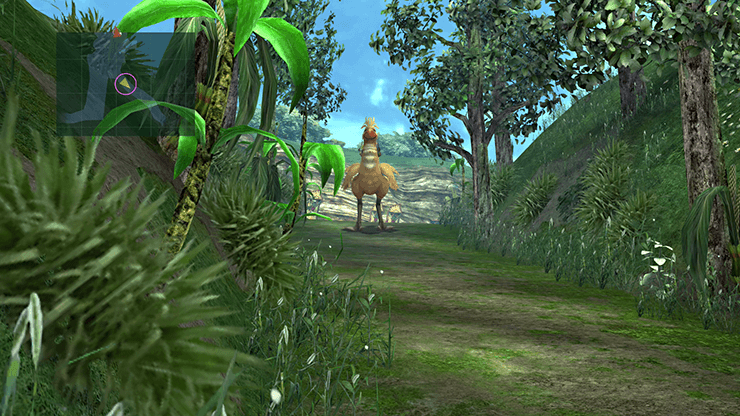 Turn and head southeast down the small pathway. Follow the road along until you reach the end of the path where you will find a treasure chest. Open the chest to obtain the 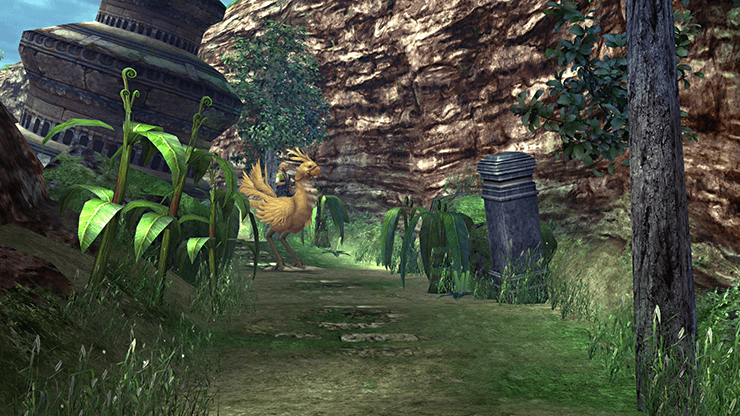 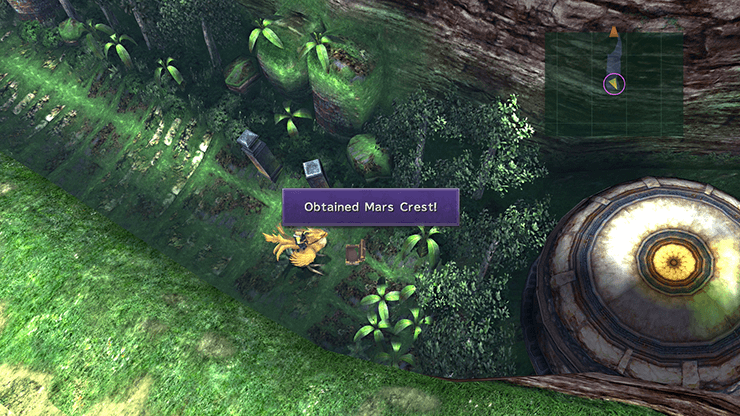 Mars Sigil is obtained as a reward from the man at the Monster Arena. In order to receive it as a reward you will need to complete a total of ten “Area Conquests” or “Species Conquests”, or a combination of the two adding up to 10. 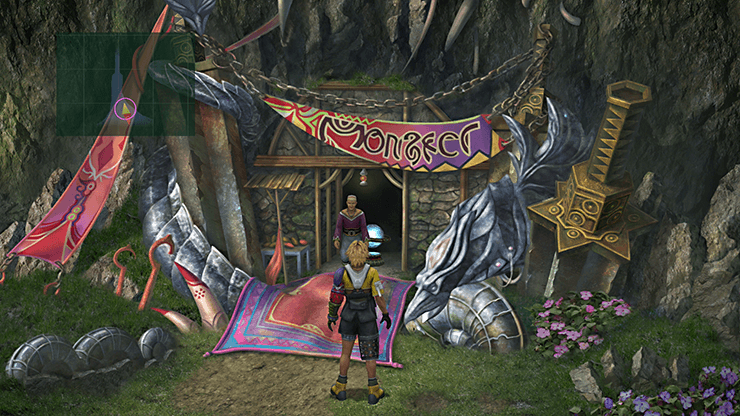 Mars Crest and the

Mars Sigil. Offer Masamune up twice to fully power it up using both the Crest and Sigil. 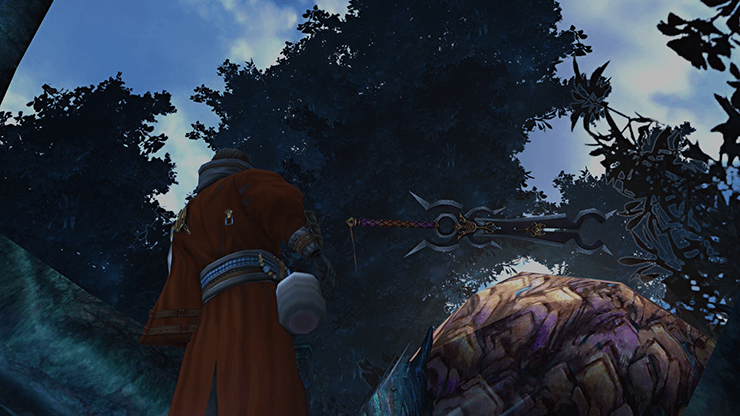 Masamune has the following abilities when fully powered up:

Break Damage Limit - Allows Auron to do more than 9,999 damage in a single attack