Enter Ganon’s Castle and cross the balcony into the center after you have removed all of the magical barriers (check out the Ganon’s Castle page for more information). 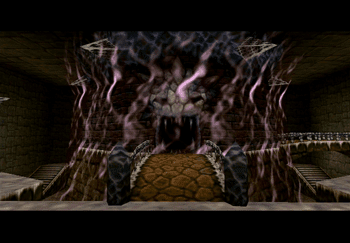 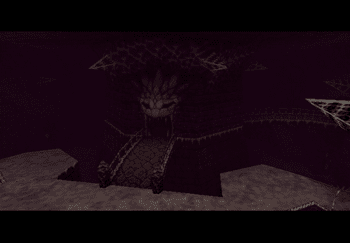 Proceed up the staircase. There are three individual battles that you will have to engage in before you reach Ganondorf. The first battle is against a pair of Dinolfos which are fairly easy to defeat.

Proceed up into the next room and you will be ambushed by two Stalfos. A little bit more difficult to defeat but by this point in the game you should be fairly used to defeating these enemies. Grab the Boss Key from the treasure chest and continue up the stairs. 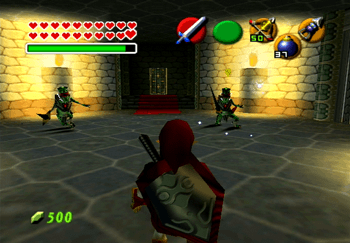 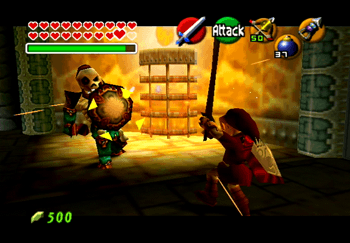 The next battle is against two Iron Knuckles (one that is white and one that is black). Use the same strategy as before. Dodge their attacks by Z or L targeting and jumping away and then jump in with a counter attack (ideally a Jump attack which does the most damage). 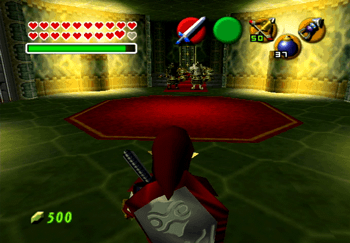 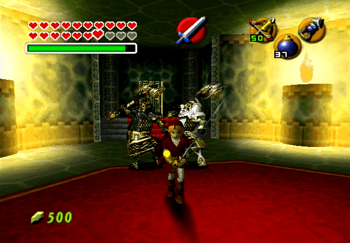 Continue up to the top of Ganon’s Tower. You will notice a large array of pots on the far sides of the room. Use them to stock up on Hearts or magic if you are depleted. Don’t open them all though if you do not need them as you may want them later on during the fight against Ganondorf. Go through the second doorway when you are ready and proceed up the stairway and through the last door. 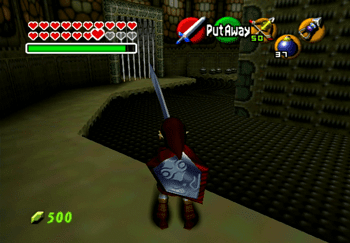 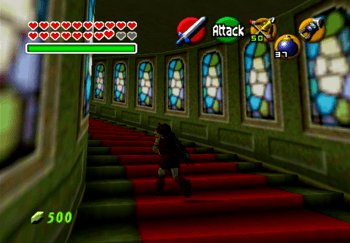 The mechanics of the fight against Ganondorf are nearly the exact same as the fight against Phantom Ganon in the Forest Temple. Wait for Ganondorf to shoot a ball of magic at Link and then reflect the ball of magic back by swinging at it with your sword as soon as it gets close enough. Hit it back at him enough times until it stuns him, but there is an added step to this fight… 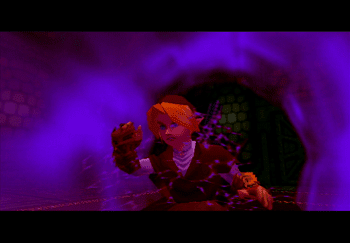 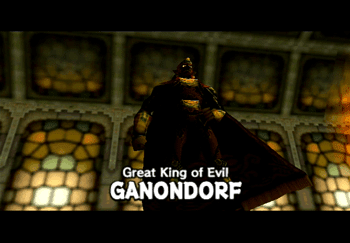 You now have to hit him with a

Light Arrow in order to fully weaken him. Aim a Light Arrow directly at him when he is stunned to fully incapacitate him and bring him down to the ground. Hit him with your sword until he floats back up and reengages in battle. Repeat this cycle until you defeat him. If you run out of magic just drop down to the lower level and open up some of the remaining pots. 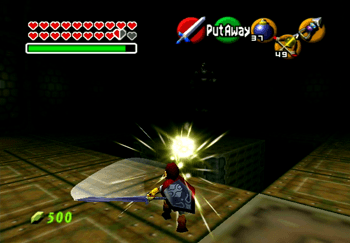 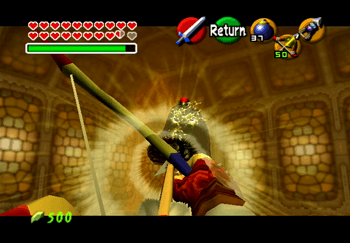 Ganon will initiate some dialogue after you deliver the final hit. The last stage of the fight is to escape Ganon’s Castle as he attempts to destroy it with you and Zelda trapped inside. 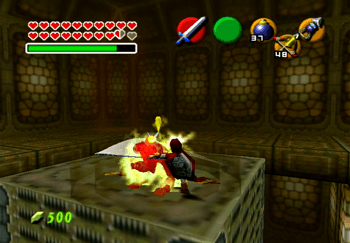 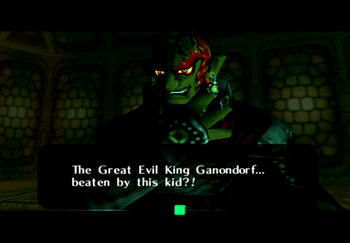 Follow Princess Zelda as she leads the two of you out of the castle. Be prepared for when she gets trapped by a wall of fire – Link will be required to battle against two Stalfos enemies in order to free her. 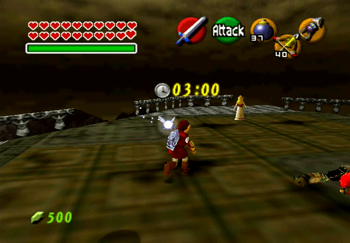 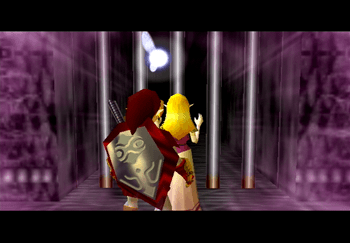 You’re not done yet after you reach the outside of the castle. The castle will collapse but the fight is not yet over (contrary to what Princess Zelda says). The Princess and Link will hear a noise in the middle of the rubble. Head over to check it out… 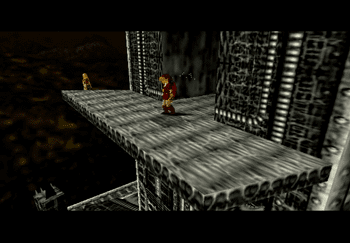 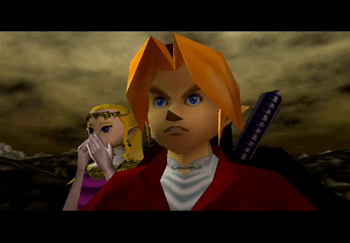