You can utilize the Dustia Level Grinding trick early on in the game to earn some quick experience, levels and loot by exploiting a few of the games features (or flaws).

Dustia is a rare enemy located in the Dalmasca Westersand / Corridor of Sand that appears whenever a character is below 10% health. It is an Undead-type enemy which means that it takes damage from healing spells such as

Potion and can be instantly killed if you use a

Phoenix Down on it.

The second thing that you need is a full compliment of Phoenix Downs – the more you have, the better. Ideally you will be bringing 99 with you. 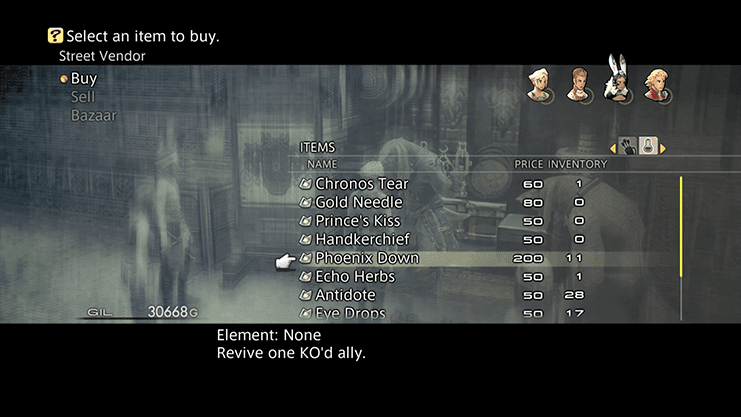 Travel to the Westgate of Rabanastre and into the Dalmasca Westersand / Galtea Downs Area. Travel north towards the “Corridor of Sand” area but stop before you actually enter that area. Remove all of your party members so that you are left with only one character and then reduce that character’s HP down below the 10% mark. You can do this by pressing the

Button, selecting Attack and then pressing the

Button to shift from enemy targets to friendly targets. Confirm the action by pressing the

Button again and the character will attack themselves one time. Be careful not to accidentally kill yourself and use

Potions if you have to in order to get the HP percentage correct. 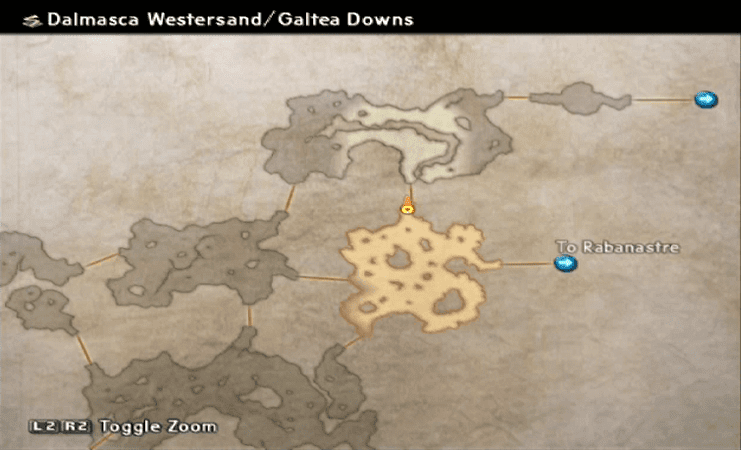 This trick utilizes enemy chains and something called the “zone out glitch” in order to quickly stack experience and levels. The trick works when you kill an enemy and zone-out (or leave) the area before the game has had time to register that the enemy has been killed. Essentially, if you leave the zone before the EXP and LP notifications appear on the screen, the game will not think that the enemy was killed but you will still receive the EXP, LP and any loot that you managed to pick up before leaving the zone.

Make sure that you configure the Battle controls (by pressing the

Button and navigating to the “Config” menu) so that the Battle mode is set to Wait, the Battle Speed is set to Slow and the Cursor Position is set to “Last Selection” (which will save you time).

Dustia will spawn as soon as you enter the Corridor of Sand. Give it a split second to fully spawn, press the

Button to bring up the Item menu, select a

Phoenix Down, press the 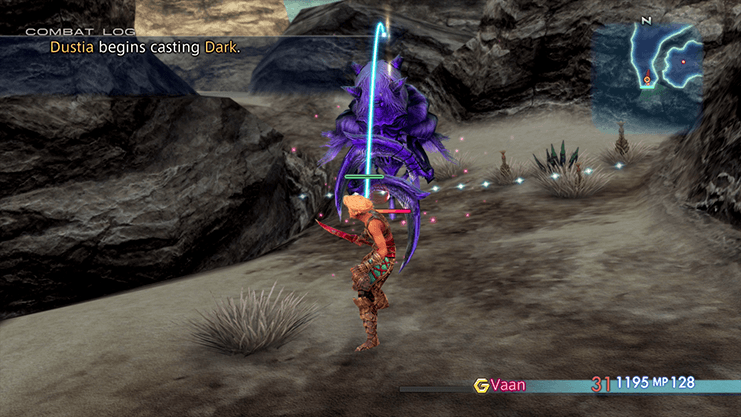 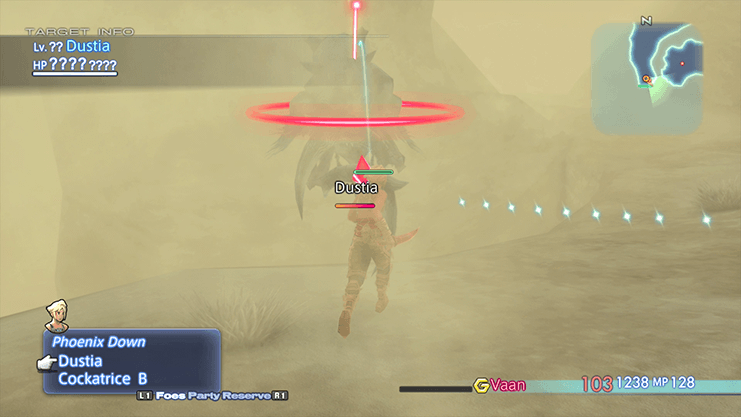 The key to this trick being effective is to stack large chains together to improve the loot that you receive. Therefore, if Dustia is too far away for you to attempt to retrieve the loot, you should leave it behind. You can open up the battle menu (by pressing the

Button) as soon as you kill Dustia and the loot animation will continue, thus giving you more time to grab the loot before fleeing the zone.

The video below provides a demonstration of Dustia grinding in action (scroll lower for the Zodiac Age version:

A video of this technique in the Zodiac Age version is included below:


Utilizing this trick will allow you to build up a stock of:
-

Books of Orgain which can be sold for 532 gil
-

Flame Staffs which can either be sold or used
-

Arcana items which can either be sold, or they can be used to obtain the

Phoenix Downs (or at least get your investment in Phoenix Downs back). Grinding out levels becomes much more difficult using this trick as you continue to gain EXP but it is fairly easy to get to level 25-30 within 1 or 2 hours using this method.