“Tutelary deity of the sacred crystals fashioned by the gods at the time of the Great Making. Created in opposition to Mitron the Chastiser, scion of light.

Upon entering the world of Man, he was enveloped in the turmoil rampant there. Lost, he died and was reborn countless times, a walker of life’s wheel, eventually to rage against the gods that had so fated him.

By sitting in meditation upon the Uneh Pedestal does he clear heart and mind until all that has order and reason and thought is made as nothing.”

Chaos is located in the depths of the Necrohol of Nabudis. In order to reach him, you will have to complete two side quests. You will first need to find the Medallion of Might which can be obtained through the Three Medallions side quest. Click on the link below for details:

Three Medallions
Completing the Nabreus Medallions side quest to defeat Fury and Humbaba Mistant to gain access to the optional Esper, Chaos, Walker of the Wheel. 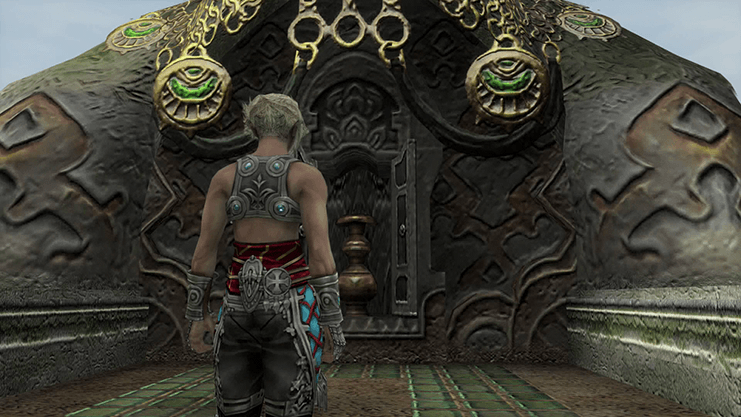 Necrohol of Nabudis
Defeating Humbaba Mistant and Fury to turn the Lusterless Medallion into the Medallion of Might. 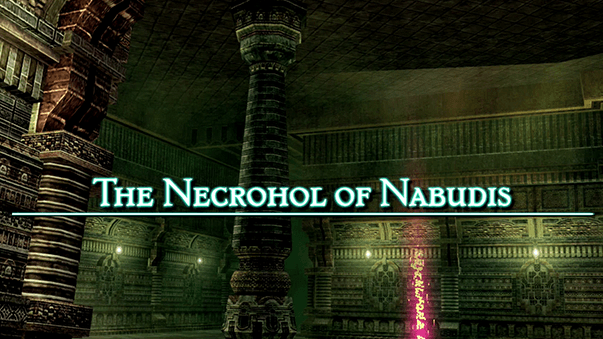 You are ready to track down and defeat Chaos once you have the Medallion of Might.

Chaos, much like Humbaba Mistant and Fury, is also located in a hidden cloister in the Necrohol of Nabudis. Make sure that you save your game after you have defeated the two bosses preceding Chaos and then head back to the Necrohol.

Before you travel back to do battle with Chaos, make sure that you have a few

Bowline Sashes in your possession. You can purchase Bowline Sash accessories from the item vendor at the very beginning of Old Archades (which can be accessed easily by warping to the Sochen Cave Palace Save Crystal).

It is also recommended that you have the

Telekinesis Technick purchased (or go and obtain it in the Zodiac Age version of the game) and enabled on your melee, physical attacking characters.

Use the map below to help you find the The Crucible: 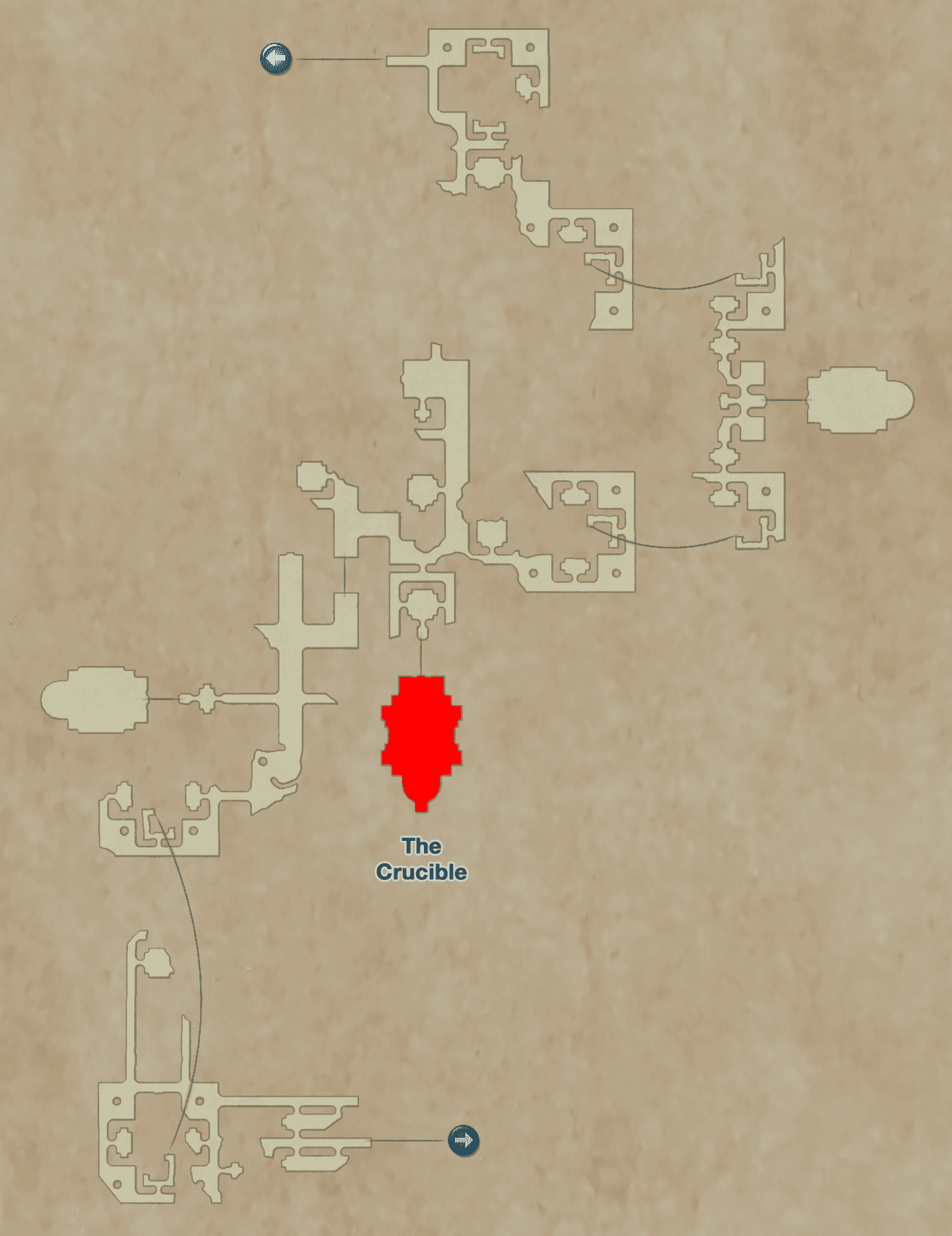 Similar to the previous two bosses fought in the Necrohol of Nabudis, make sure that you prepare your party for battle before you examine the Door of Despair. Choose to “Examine the Depression” again when you are ready and insert the Medallion of Might. 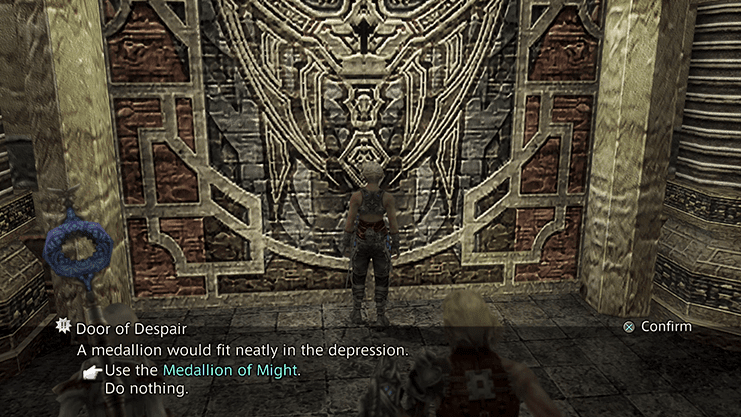 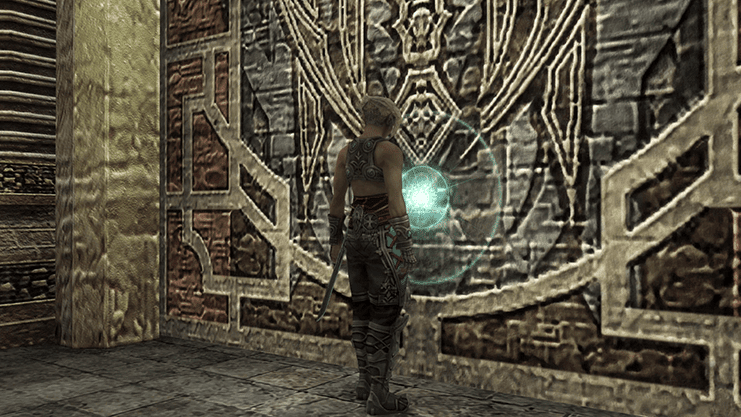 A Magick field will encompass the room as soon as you enter which will prevent any of your party members from using the Attack command for the duration of the fight. As such, you will need to rely on Technicks, Quickenings, Magick, Espers or other types of damage dealing attacks. 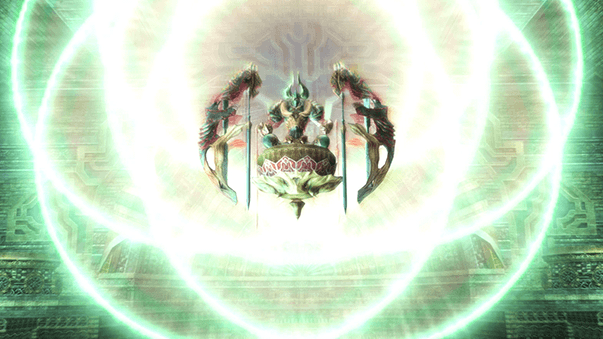 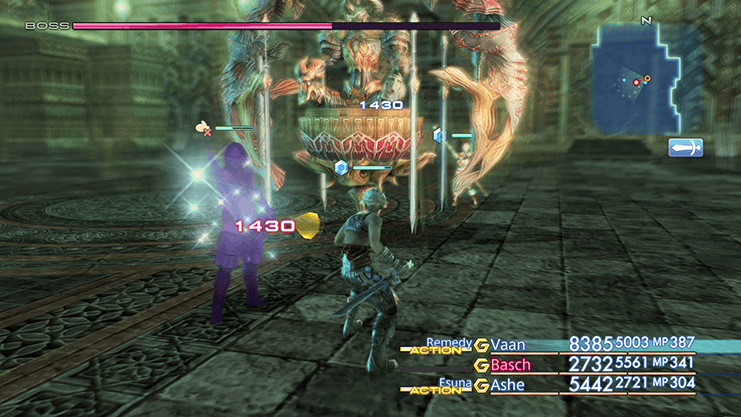 Souleater or just sticking to Magick.

Next, you should setup a Gambit to have your characters target the foe with the lowest HP first. Chaos will be summoning a number of orbs around it (Air Chaosjet, Earth Chaosjet, Fire Chaosjet, Water Chaosjet) which will cast buffs on Chaos. They have very little health and are easy to take down but it is important that your party members focus on them first.

Dispel Gambit as well but make sure to keep it deactivated until all of the Chaosjet enemies around Chaos are defeated. The Chaosjets will recast any buffs that you remove making it a pointless waste of MP to remove them. 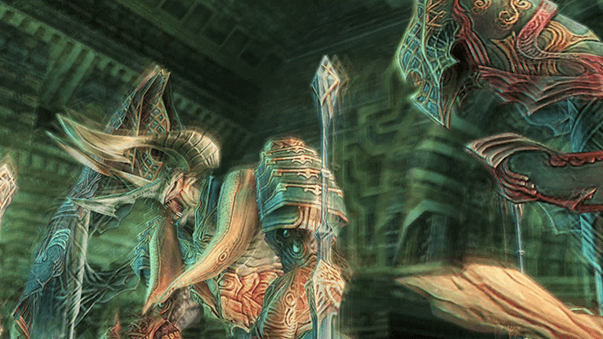 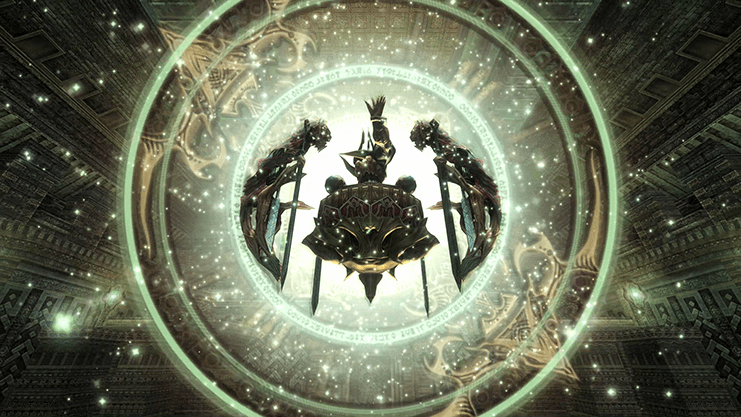 Bowline Sash accessory to prevent Confusion. You will want to have your healing character equip either a

Rose Corsage to prevent Silence or setup a Gambit to use

Echo Herbs on them in the event that they are Silenced.

Make sure that you have all of your beneficial status buffs activated before entering The Crucible. This includes

Haste (as well as Faith if you plan on using Magick-based attacks). Keep your party member’s HP high as well throughout the fight in preparation for its Whirlwind and

Congratulations – you now have Chaos as an Esper which you can use in battle!

Chaos can be summoned during a fight. It will use a move called Whirlwind which deals damage based on the foe’s maximum HP. It will also use a move called Tornado as its ultimate attack which does Wind-elemental damage to all enemies.

This most likely completes everything that you can do in the Necrohol of Nabudis but you can return to that page for information by clicking on the link.

You can unlock the Licenses for the Knight using a Quickening, so the most optimal choices for which jobs to unlock Chaos on are your Monk, to obtain the White Magick spells, or if you don’t need those, select the Uhlan for Black Magick spells or your White Mage to give them additional HP.