You can obtain this Elite Hunt from Montblanc after completing the Barheim Passage before traveling to Bhujerba and the Lhusu Mines.

Many players describe the Cluckatrice (and its three Chickatrice offspring) as one of the most difficult fights up to this point in the game. You may want to hold off on attempting to defeat it until after the Dreadnought Leviathan scene but it can definitely be accomplished now.

Make sure that you stock up on

Gold Needles before traveling to the Nomad Village as you will need them for the fight.

Gold Needles can be purchased at Migelo’s Sundries in Rabanastre and are used to cure the Petrify status effect which can cripple your party during the fight. 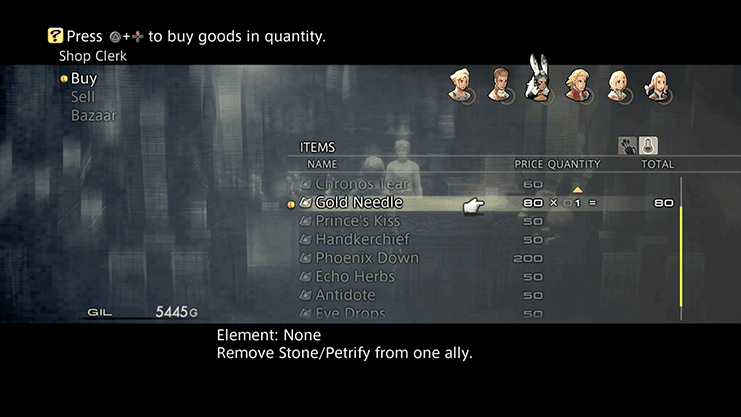 Dania can be found in the Cockatrice pen on the west side of the Nomad Village in the Giza Plains. The Giza Plains can be accessed by heading south through the Southgate of Rabanastre. 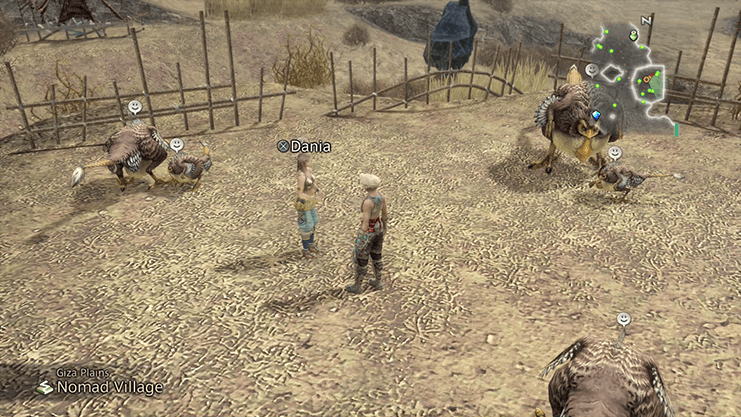 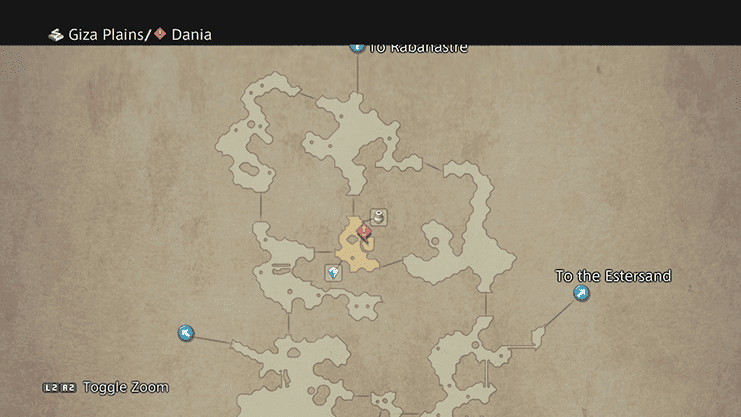 The Cluckatrice battle is one of the most difficult battles up to this point in the game. Your party should be level 18 to 20 unless you are an experienced Final Fantasy XII player.

Dealing with the three Chickatrice offspring at the same time as you take on Cluckatrice means that your party will take a ton of damage early on in the fight. The key to the fight is proper preparation and separation of duties. Make each of your party members responsible for one status effect. 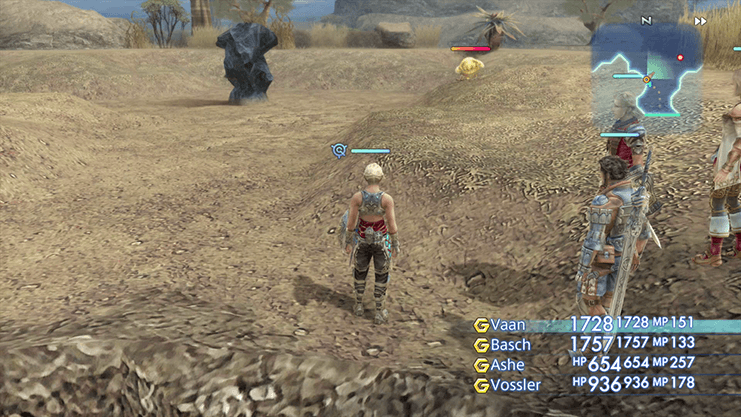 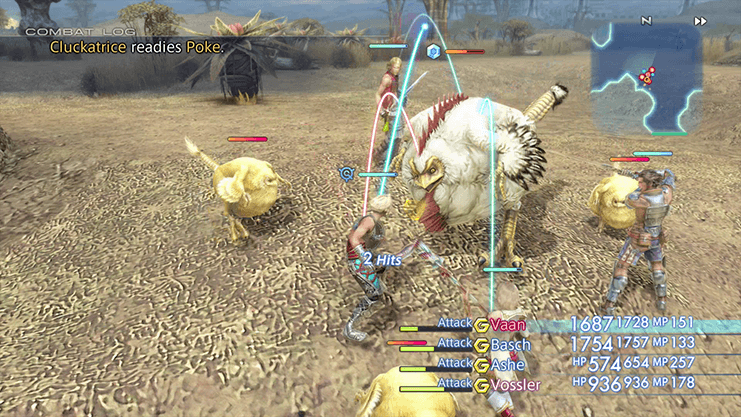 Set up one or two of your characters with a Gambit to heal other party members – ideally one should be setup with Ally: HP<60% >

Cure on your primary healer with Ally: HP<30% >

Cure on your backup healer. Setup one character to take care of removing the Petrify status effect with a Gambit (Ally: any >

Protect on all of your party members before starting the fight.

Next, set up your party with offensive debuffs. Have one character setup with a Gambit to cast

Blind on all foes and one character setup to cast

Disable on all foes (or party leader’s target to conserve MP). This will help to reduce the amount of damage your party takes while you defeat one or two of the Chickatrices.

Defeat each of the Chickatrice enemies first and then move on to the Cluckatrice.

Here is a quick video showing you a few of these tactics in action in the original version of the game. Scroll lower for the Zodiac Age version:

Remember, this fight does not have to be completed at the point that it becomes available in the game. You can always return to this Elite Mark later on in the game.

Return to Dania in the Nomad Village and she will give you 1,000 gil, a pair of

Germinas Boots (called Jackboots in the original version) and a