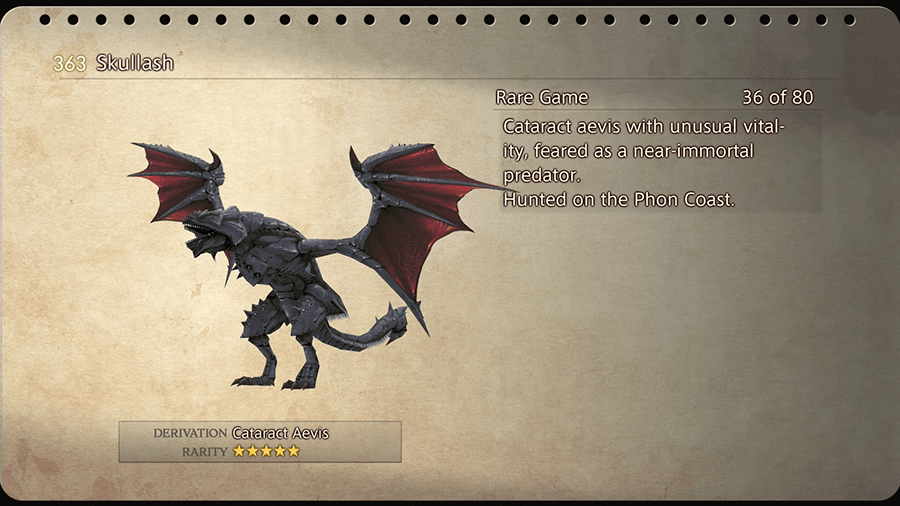 “Cataract aevis with unusual vitality, feared as a near-immortal predator. Hunted on the Phon Coast.”

* The Skullash has a 40% chance of spawning near the Pyrolisks in Cape Tialan in the Phon Coast. Just zone out and re-enter if it doesn’t appear. You also need to have initiated the Hunt Club side quest for it to appear.