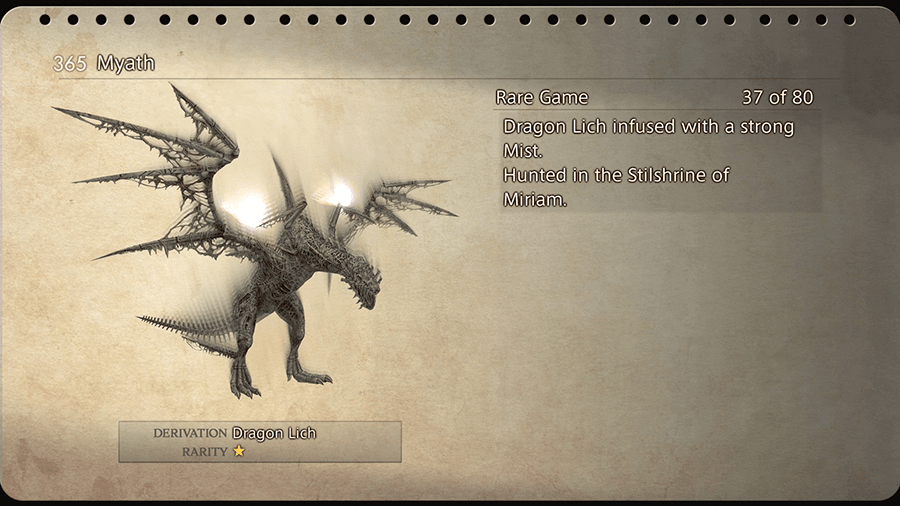 “Dragon Lich infused with a strong Mist. Hunted in the Stilshrine of Miriam.”

* Myath will appear in the Ward of Velitation in the Stilshrine of Miriam after you have defeated three Dragon Aevis enemies in the zone. Leave the zone and re-enter for Myath to appear. Note though that you need to have initiated the Hunt club side quest before Myath will appear.