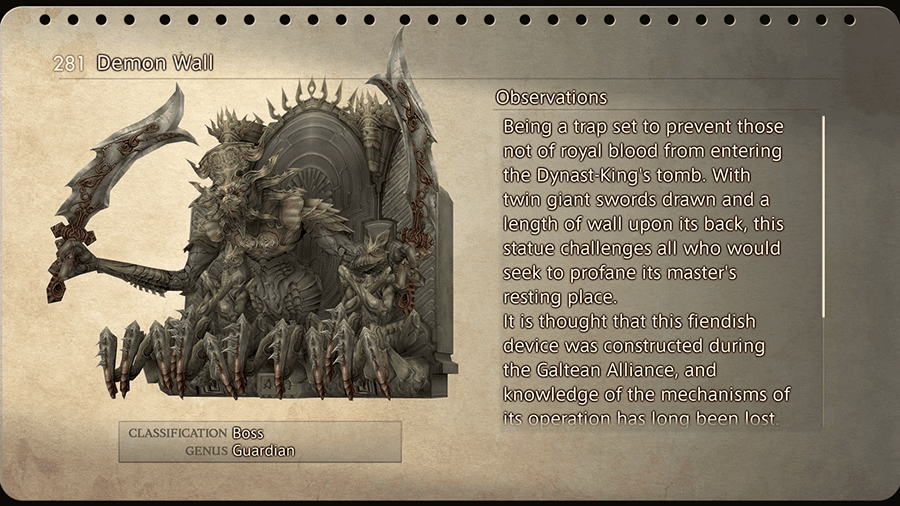 “Being a trap set to prevent those not of royal blood from entering the Dynast-King’s tomb. With twin giant swords drawn and a length of wall upon its back, this statue challenges all who would seek to profane its master’s resting place.

It is thought that this fiendish device was constructed during the Galtean Alliance, and knowledge of the mechanisms of its operation has long been lost.

On the wall the Dynast-King’s likeness is carved in relief, this being the last thing most intruders see before the Demonwall bears down upon them, crushing their bones to dust.”

There are two Demon Walls which are fought when the team reaches the The Tomb of King Raithwall. Click on the link to check out that part of the walkthrough.