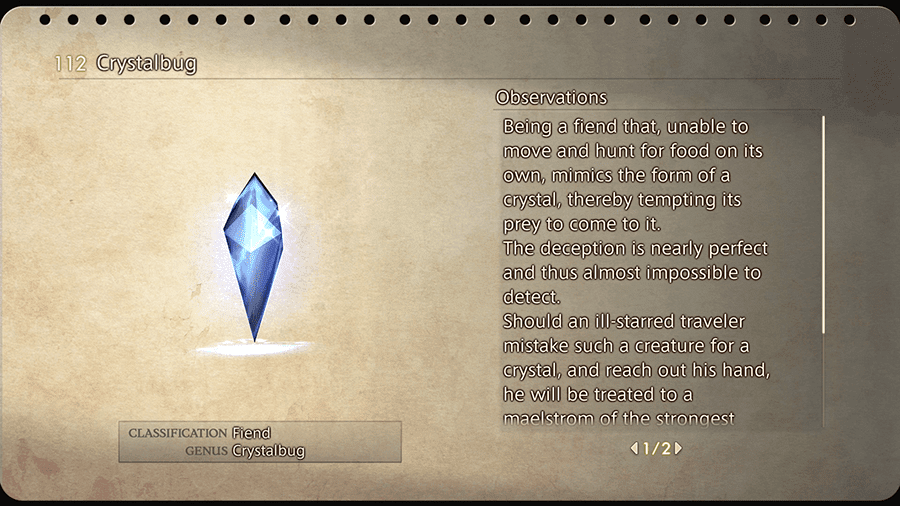 “Being a fiend that, unable to move and hunt for food on its own, mimics the form of a crystal, thereby tempting its prey to come to it.

The deception is nearly perfect and thus almost impossible to detect.

Should an ill-starred traveler mistake such a creature for a crystal, and reach out his hand, he will be treated to a maelstrom of the strongest magicks, before having his life juices summarily drained.”