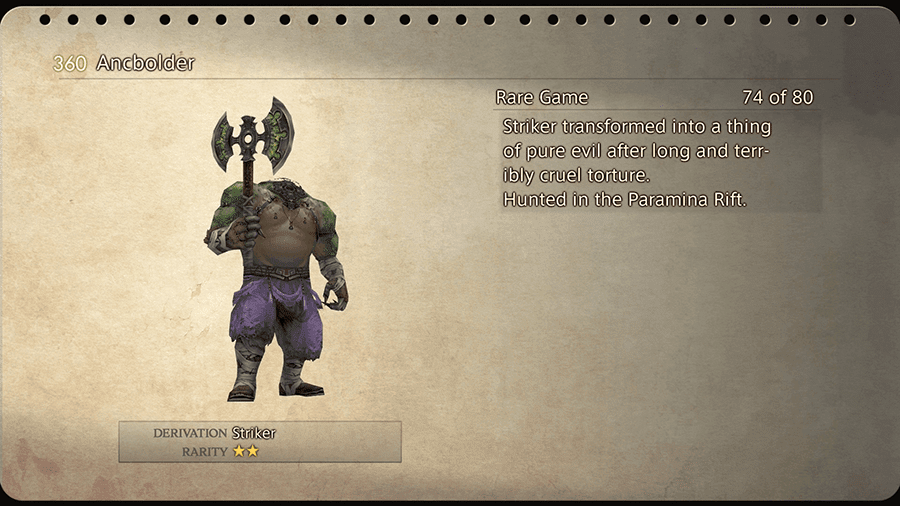 “Striker transformed into a thing of pure evil after long and terribly cruel torture. Hunted in the Paramina Rift.”

* Ancbolder will appear by defeating all of the other enemies in the Karydine Glacier zone. You do not have to leave and re-enter the zone. This will cause both Anchag and Ancbolder to appear.