Dark Shiva is one of the Dark Aeons and spawns after you have obtained the airship Fahrenheit. Dark Shiva blocks the pathway that you would take to re-enter the Macalania Temple. There is no way to get inside the Temple until after you have defeated her. This means that if you did not complete the

Destruction Sphere portion of Macalania Temple you will not be able to obtain Anima until after you defeat Dark Shiva. 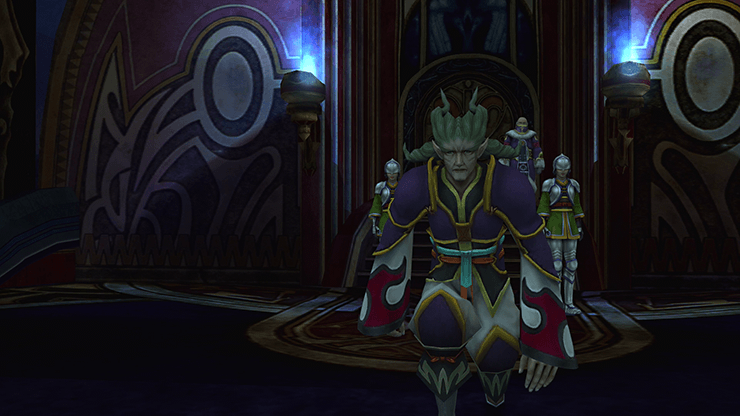 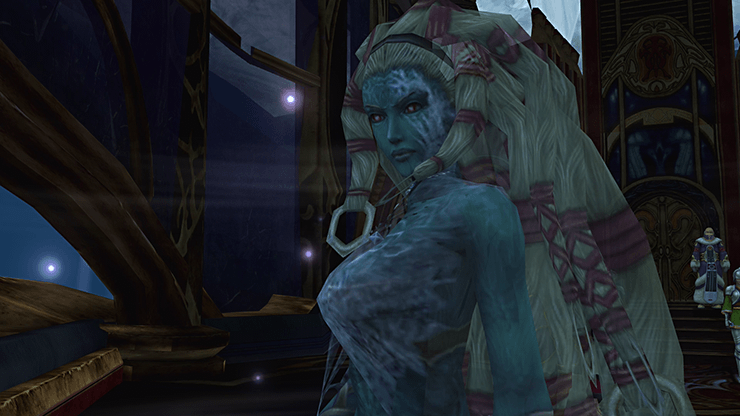 The Dark Aeon is located just outside the Lake Macalania Temple. Warp to Lake Macalania and take the pathway all the way back towards the Temple. As you approach, one of the guards will bar your entry, and will attack you with Dark Shiva.

Each of the Dark Aeons, including Dark Shiva, are considered superbosses and are some of the strongest enemies that you can fight in the game. As such, you will need to ensure that your party is fully leveled, has their best weapons and has their stats maximized as much as possible. Refer to the Advanced area of the Tips and Tricks section for additional details.

Make sure to have armor equipped that has the

Auto-Haste ability as Shiva will get in a ton of attacks. You will also want to make sure you have the

Auto-Phoenix ability on your character’s armor.

Dark Shiva is not too difficult to defeat as long as you can land attacks on her. Use

Quick Hit often as it will ensure you can as many attacks in on Shiva as you can. Ideally, you want to defeat her before she gets an opportunity to use her Diamond Dust Overdrive ability.

Similar to the battle against the other Dark Aeons, you need to be prepared to deal with his Overdrive attack which will instantly kill your party members. You can either have Yuna summon an Aeon just before the attack or have your party members cast

Auto-Life on one another. Just be careful as some of Shiva’s attacks will remove the Auto-Life effect. 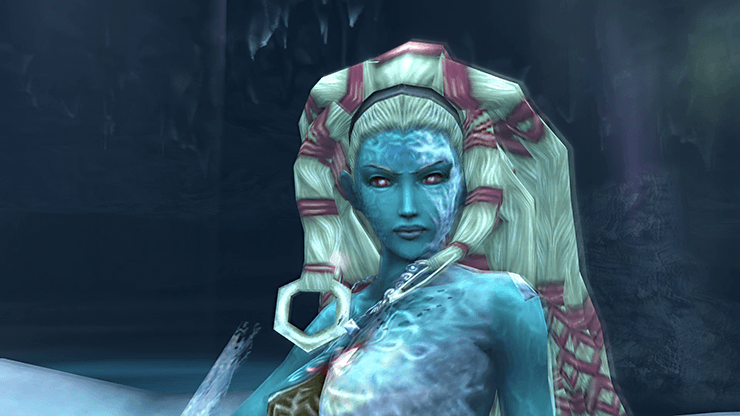 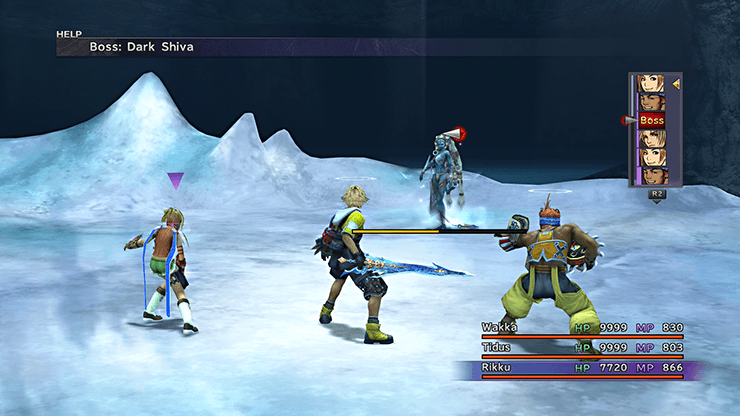 You will be attacked by an onslaught of guards just like the last time you escaped from Macalania Temple. Continue running until you reach the Crevasse area in order to stop the Guado Guards from attacking you. 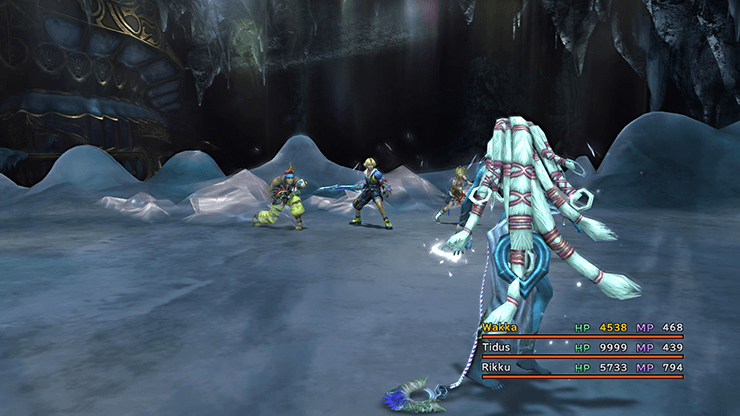