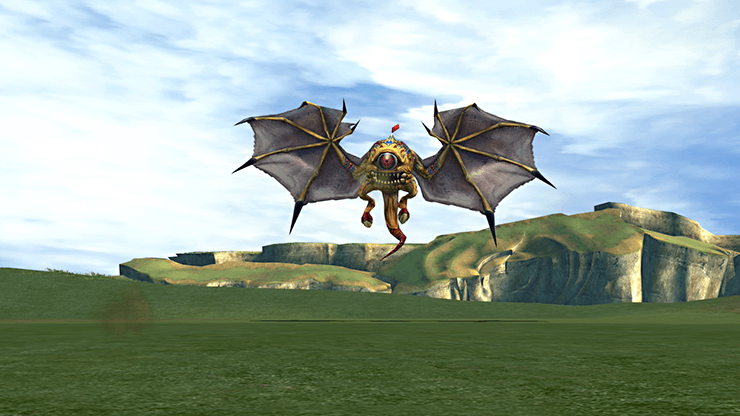 Floating Death’s Gaze attack may cause your characters to become Confused. It also may attack with some fairly heavy damage attacks, like “Sonic Waves”. The best method for defeating them is to have Wakka hit it with his Blitzball or to have Lulu use magic attacks.

They can be found in the Omega Ruins. They tend to spawn most frequently in the area where you find the

Al Bhed Primer (Vol. XXVI) on the ground and in the hallways surrounding it and further beyond that.