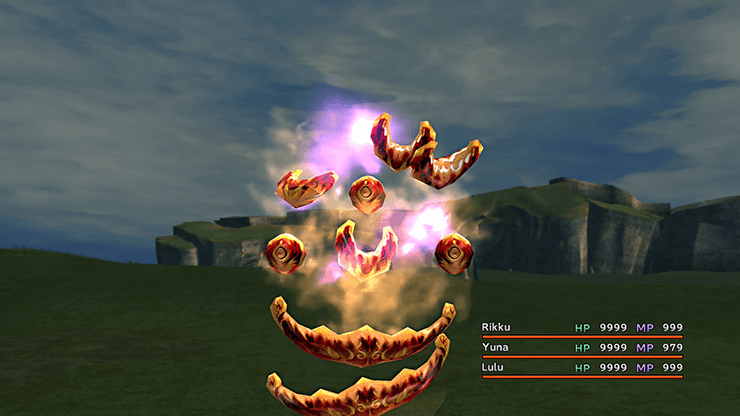 Elements are heavily resistant to physical attacks, which makes Lulu the best option for taking them out. Red Elements in particular are weak against Ice-based magic. Have Lulu cast

Blizzara on them to take them out quickly.

They can be found anywhere along the Mushroom Rock Road.