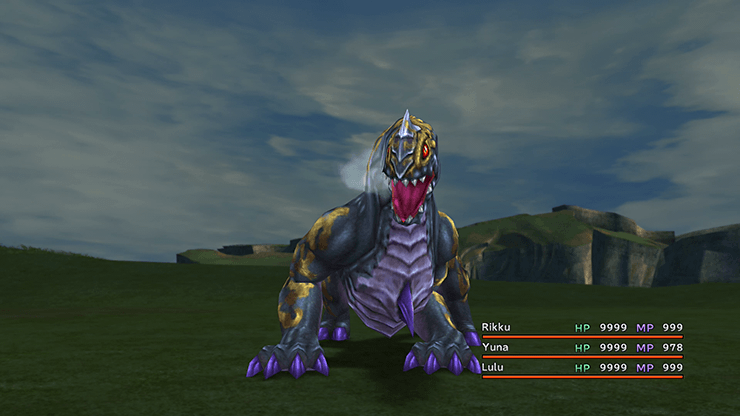 Lamashtu is a Drake-type enemy that can be found along the Mushroom Rock Road and the Djose Highroad. You need to capture five of each Drake-type enemy in order to unlock Fafnir in the Species Conquest section of the Monster Arena.

Defeating Lamashtu fiends is fairly straight forward. Have one of your characters that has a weapon with the

Piercing auto-ability to take them down as quickly as possible. Alternatively, it is also weak to fire damage, so you can have Lulu use

Fira to take it down quickly as well.

Lamashtu’s standard attacks may cause the Slow effect on your party members if they are hit.

Can be found anywhere along the Mushroom Rock Road or the Djose Highroad.