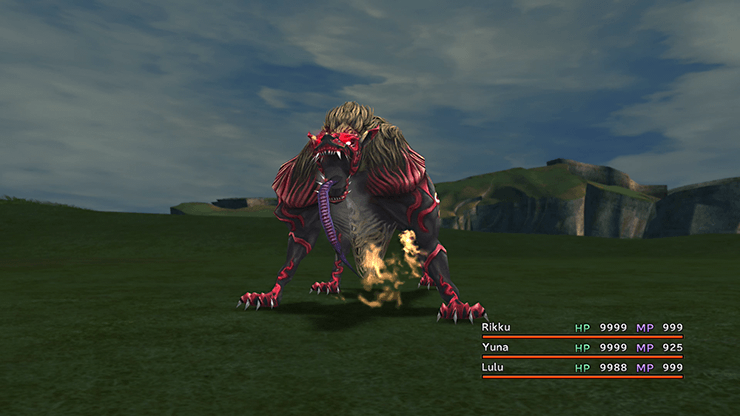 Bandersnatch fiends are very easy to defeat. Have Tidus attack them with his Longsword to dispatch of them quickly. You can also have Lulu use fire-based magic such as

Firaga to take it down quickly. It’s attacks can cause Sleep or Silence though, so defeat them as quickly as you can.

Can be found anywhere along the Mt. Gagazet mountain trail. This is the pathway that leads up to the caves that you travel along after you meet with the Ronso.