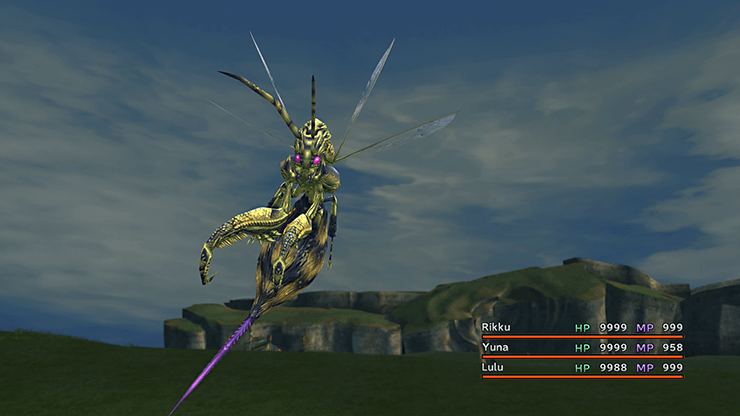 The Wasp is a Wasp-type enemy (it is both a fiend and an enemy type) that can be found in the Macalania Woods. You need to capture five of each Wasp-type enemy in order to unlock Hornet in the Species Conquest section of the Monster Arena.

Wasps are very easy to defeat. They are best defeated though by Wakka using his Blitzball or by Lulu using her Black Magic. More specifically, they are weak against ice-based magics like

It’s regular attacks may inflict poison on your characters so be sure to try and take them out as quickly as possible.

They can be found anywhere in the Macalania Woods.