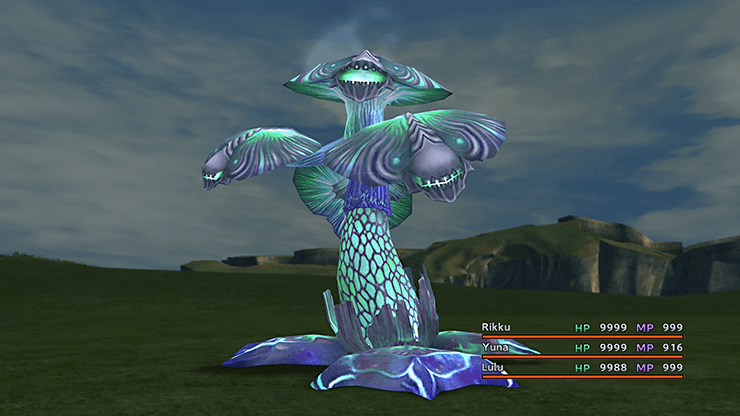 Exoray may attack with a move called “Pollen” which will inflict a number of negative status effects including Darkness, Poison and Silence. They are weak to fire-based magic so have Lulu focus on using

They can be found anywhere Inside Sin.