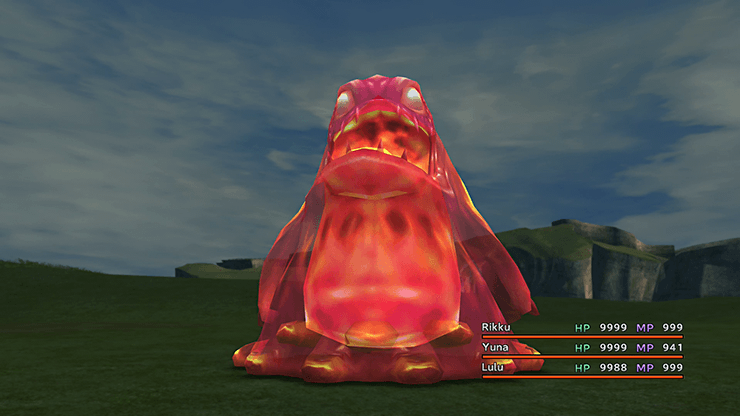 Flame Flan is a Flan-type enemy that can be found in the Calm Lands. You need to capture five of each Flan-type enemy in order to unlock Jumbo Flan in the Species Conquest section of the Monster Arena.

Flame Flans will attack with

Firaga. They don’t deal too much damage and are fairly easy to defeat. Just have Lulu use Ice-based magic spells to defeat them quickly.

Can be found anywhere in the Calm Lands.