Abolishing the "Random" Rule in Dollet
Tips and Tricks

One of the most frustrating rules to deal with while playing Triple Triad throughout your travels is the “Random” rule. The “Random” Triple Triad rule eliminates your ability to choose which cards you want to play with during any given match. Instead, the game randomly selects 5 Triple Triad Cards from all of the available cards that you have on your person. Terrible!

This Tips and Tricks section is specifically a guide for removing the “Random” rule in Dollet and preventing it from accidentally being spread to other areas and carried with you as you move from area to area. You can do this by manipulating the Random Number Generator in the game by following a very specific set of steps to ensure that you get a specific and desired result every time.

The second step is ensuring that you are currently using the Galbadia rules for Triple Triad. This will be the case if you played any Triple Triad games while you were in Timber (such as playing against Watts in the Forest Owls’ Base). Alternatively though, you can pick up the Galbadia rules by traveling to Timber and challenging the guard at the front gate to a game of Triple Triad. Make sure that every time he asks if you’d like to mix the rules between two regions that you select “No”. Eventually he will stop asking.

You now have the Galbadia ruleset and are ready to head to Dollet. You can either take the train or walk along the road between the two towns.

Once you arrive at Dollet, travel to the Dollet Hotel which is in the center of the Town Square (with the fountain). Save your game at the Save Point inside the hotel. You now need to complete a “hard reset” of the game. 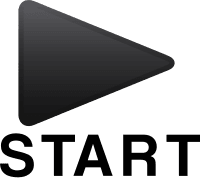 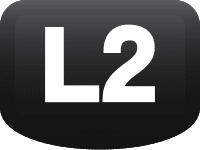 . This will reset the game but it will not reset the Random Number Generator and will cause this trick not to work. Instead, you either need to power off the PlayStation 1 if you are playing the original game, or press the 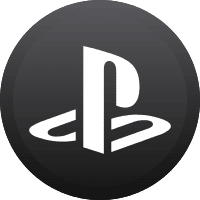 if you are playing PlayStation 3 or PlayStation 4 and selecting “Quit Game”/“Close Application”. Load up your save file inside the Dollet Hotel.

The Random Number Generator has now been reset, but you need to follow a very specific set of steps in order to get this trick to work. Walk outside of the hotel and then walk back in. Challenge the girl in the green outfit to a game of Triple Triad twice and decline to play both times. Challenge her a third time and accept the card game, but quit once you get into the Triple Triad screen.

Head back to Timber and challenge the guard outside the gates to a game of Triple Triad, choosing not to mix the rules, until he stops asking. You now have the Galbadia rules again. Repeat the steps after the “Dollet” heading above one more time to abolish the “Random” rule once and for all.

Alternative Strategy (No Queen of Cards)

The alternative strategy that you need to follow if the Queen of Cards is not located in Dollet is as follows:

Pick up the Galbadian Triple Triad rules by heading to Timber and challenging the guard at the front gate. Travel to Dollet and save your game in the Dollet hotel. Complete a “hard reset” (instructions noted above).

Load up your save game and challenge the girl in the green outfit to a game of cards 4 times. Decline to play each time you challenge her. Challenge her to a fifth game and accept the card game, but quit the game once you get into the Triple Triad screen. This should abolish the “Random” rule for Dollet.

Congratulations! You’ve gotten rid of the most annoying rule in the game!