The story continues in the cargo bay of the Cargo Ship. 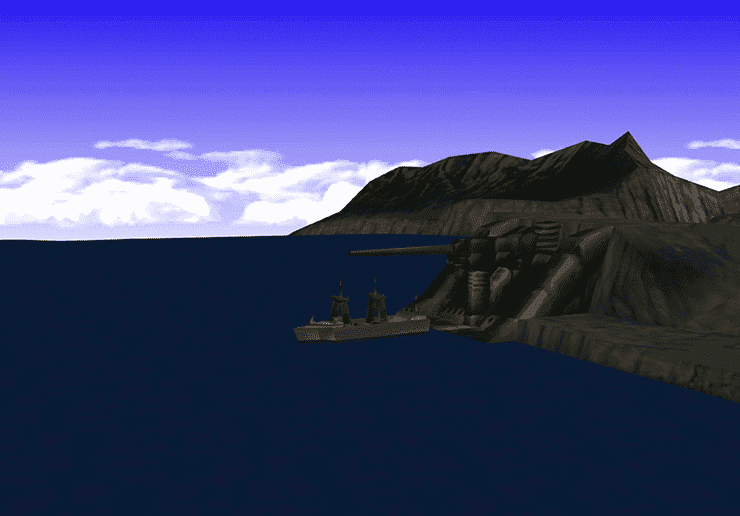 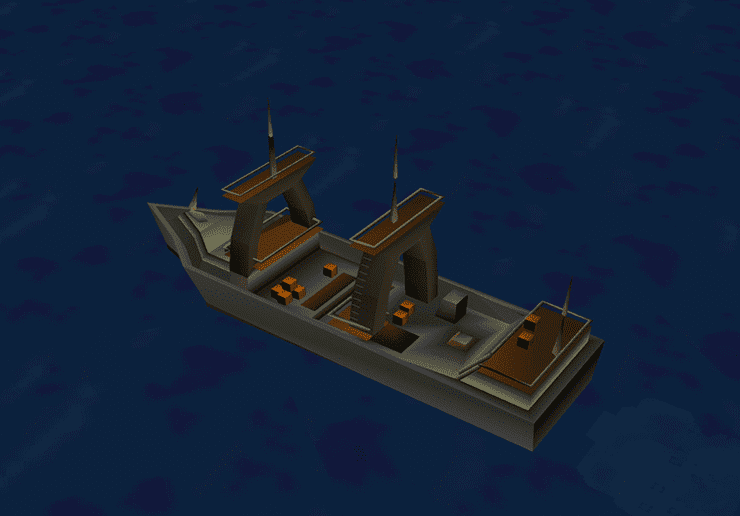 All Materia). You will not be able to retrieve it until later in the game - even if you offer her a Tranquilizer when she asks. 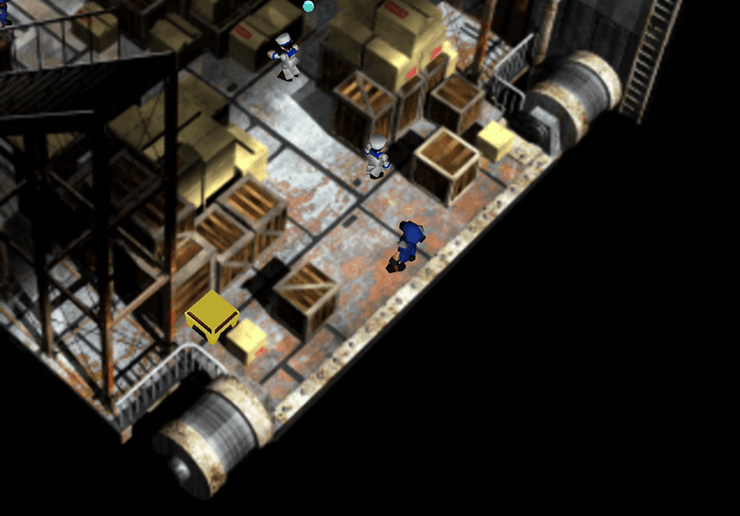 Dialogue in this section of the game will influence the Gold Saucer Date side quest and obtaining the Best Bromance Trophy.

Speaking to Yuffie in the cargo area of the Cargo Ship when she asks you if you have anything to help her with her stomach:

This will automatically be minus 2 to Yuffie if you do not have any tranquilizers on hand. 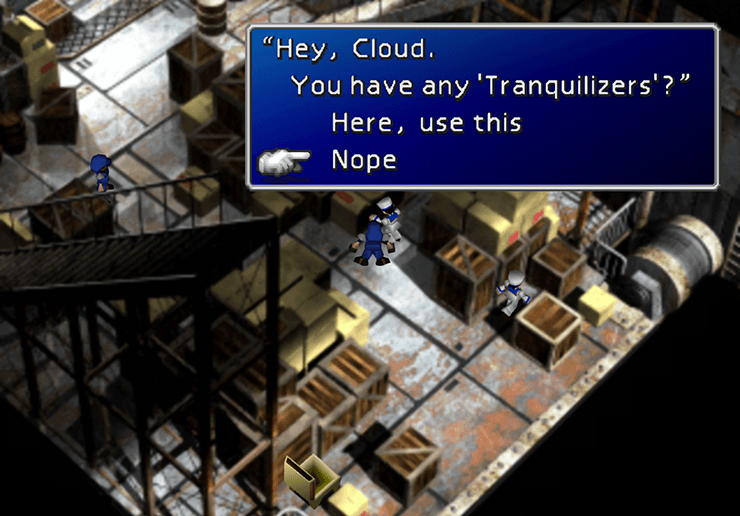 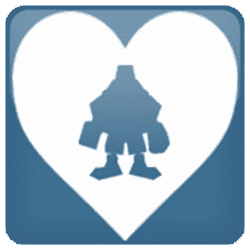 Speak to the Soldier on the left side of the Cargo Bay who is actually Aeris in disguise and then head up the stairs. Climb the ladder into the lookout platform and speak to the Shinra Soldier who is Tifa in disguise. 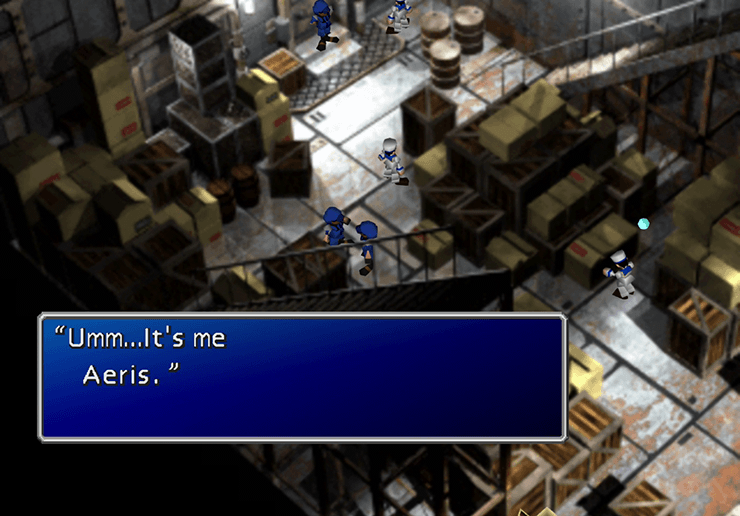 Dialogue in this section of the game will influence the Gold Saucer Date side quest and obtaining the Best Bromance Trophy.

When Aeris asks you about the Airship: 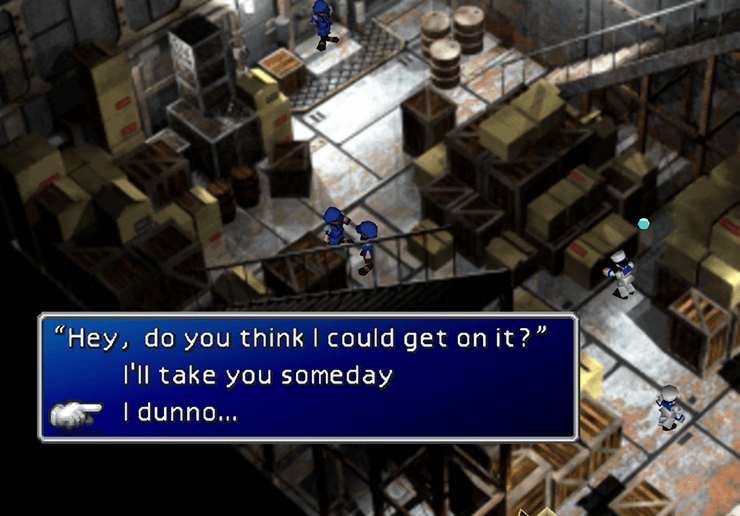 When Tifa asks you about war: 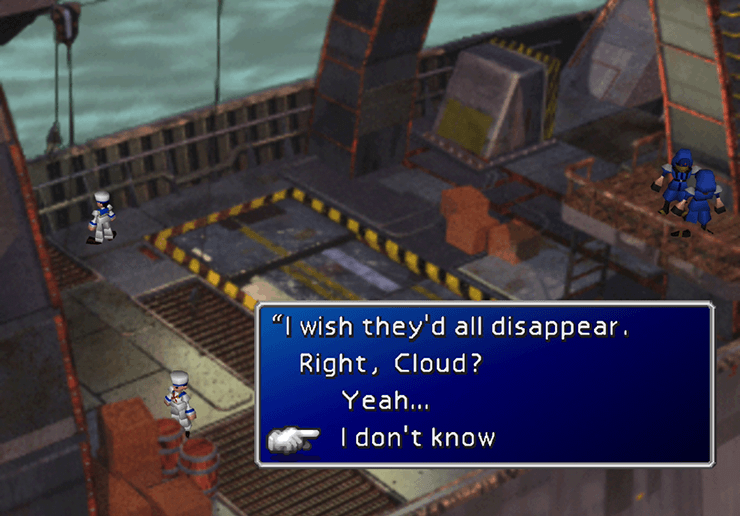 Climb the stairs towards the bottom-left side of the screen and speak to the wobbly soldier on the highest platform - Red XIII in disguise. Lastly you should talk to the soldier at the bottom of the stairs who mentions that the ship is close to Costa del Sol. 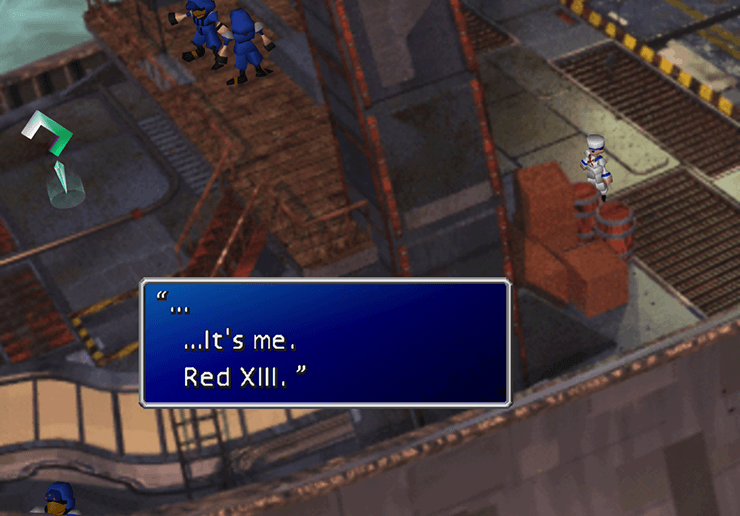 Go back downstairs once you have spoken to everyone and speak to Aeris again. Aeris will ask if you have seen Barret. Travel back to the upper level to where the soldier was blocking the way and proceed to the front of the ship to find Barret peering into the cabin. Talk to Barrett to continue the story. 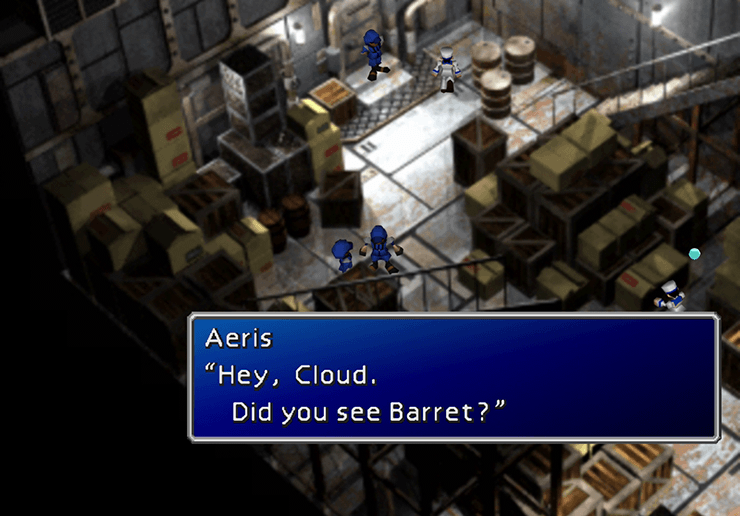 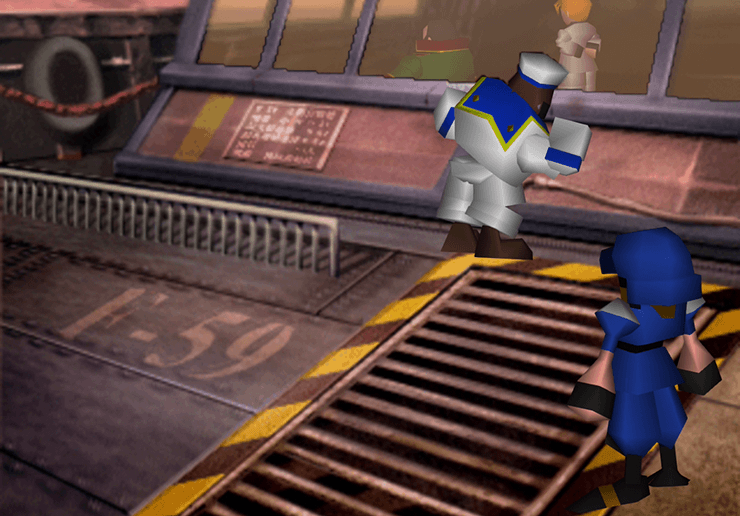 After the whole team meets at the center of the ship you will be given the option to choose a party for an upcoming boss battle. Make sure that your party is properly equipped with weapons, armor, accessories (you should have several at this point) and Materia.

Travel down into the cargo bay and pick up the

All Materia in between the boxes if Yuffie was previously blocking the way. 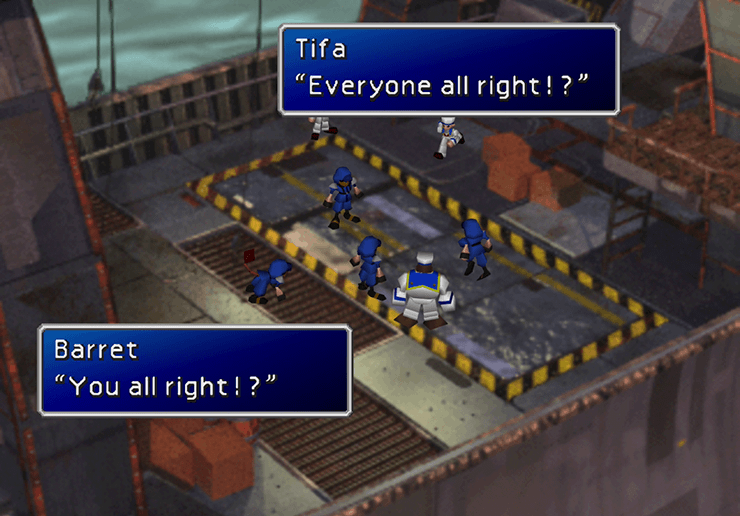 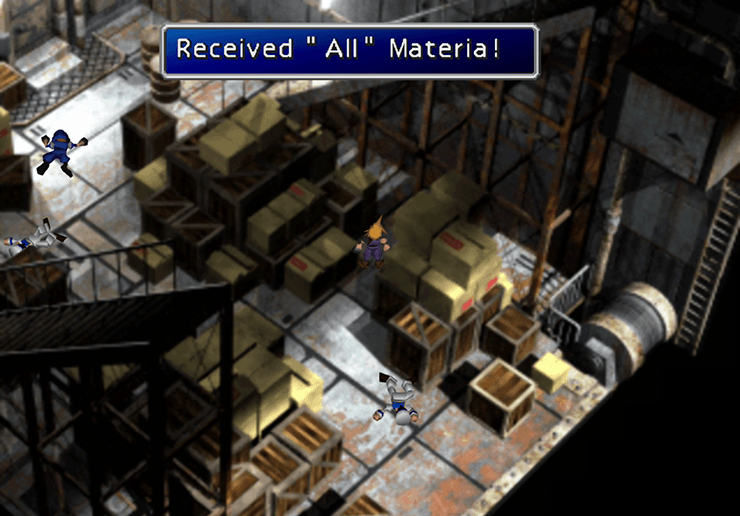 While on the bottom floor you will thrown into battle against Marines. You can steal

Shinra Betas from Marines which are not the greatest armor. They hold more Materia than Carbon Bangles but have less defense and magic defense stats. Proceed through the doorway when you are ready. 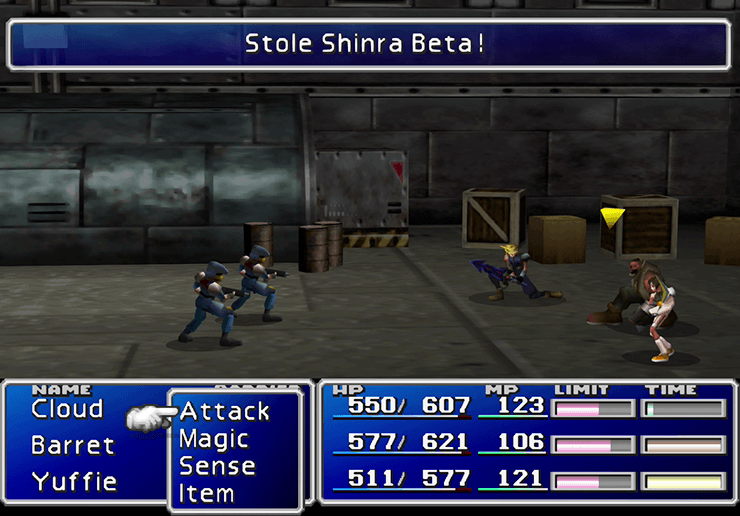 Before going into the middle of the next room you should proceed directly to the ladder on the left and climb up to the upper level. Follow the catwalk around and open the treasure chest to receive

Wind Slash which is a great weapon for Yuffie with double Materia growth.

Restore Materia equipped on a character and paired with an

You can check what level your Materia is by the number of stars that are colored in. A level 2 All Materia will be able to use the All effect two times instead of just being limited to the first cast. Climb down and approach the red guard on the main level when you are ready for the next boss fight. 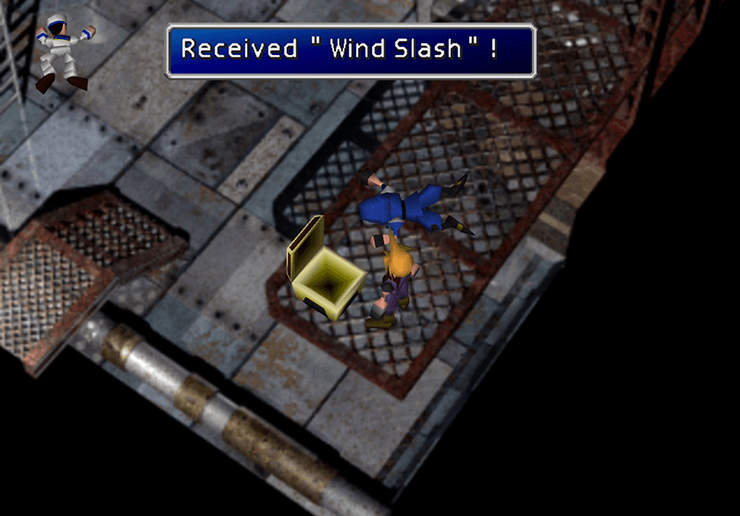 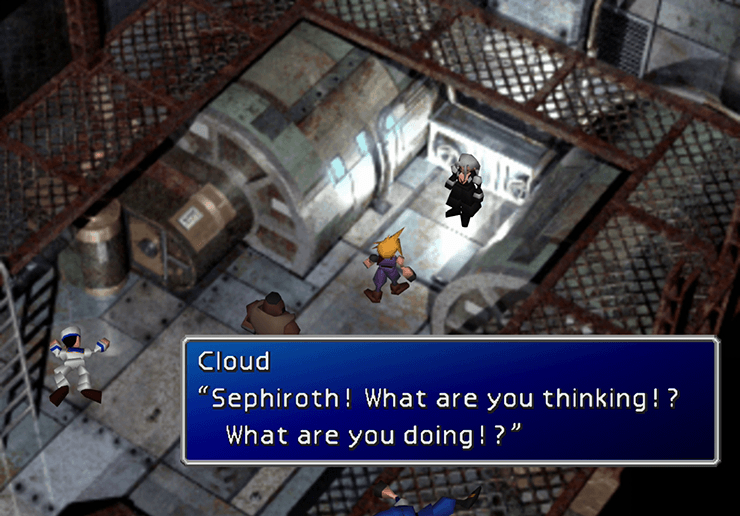 Because of the amount of damage Jenova·Birth does against your team you will have an abundance of Limit Breaks to work with to help you burn through Jenova·Birth’s 4,000 HP. If you die and are having trouble with this fight spend some time fighting the Shinra Soldiers (Marines) in the cargo bay and build up your Limit Breaks before you start the fight. 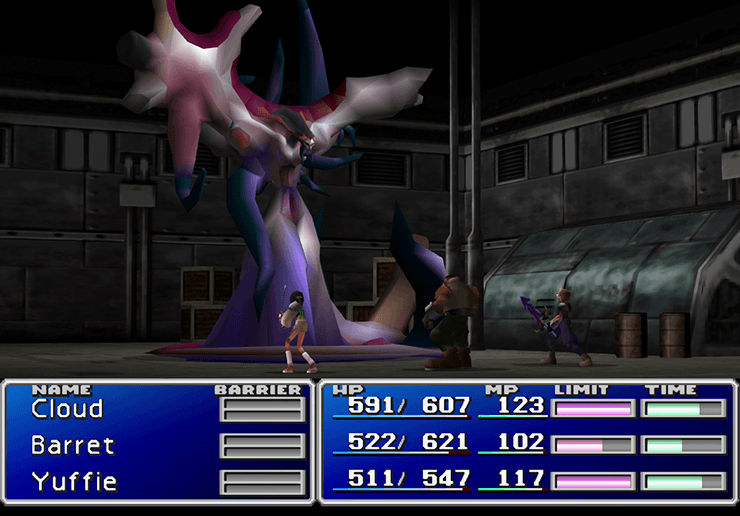 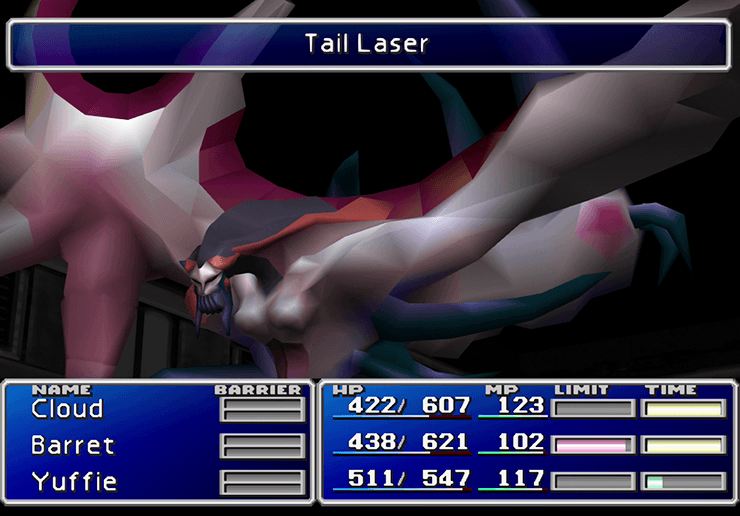 A piece of Materia will drop after the battle; your new summon -

Ifrit Materia. Pick it up before you leave the room. The Cargo Ship will arrive in Costa del Sol as soon as you leave the engine room. 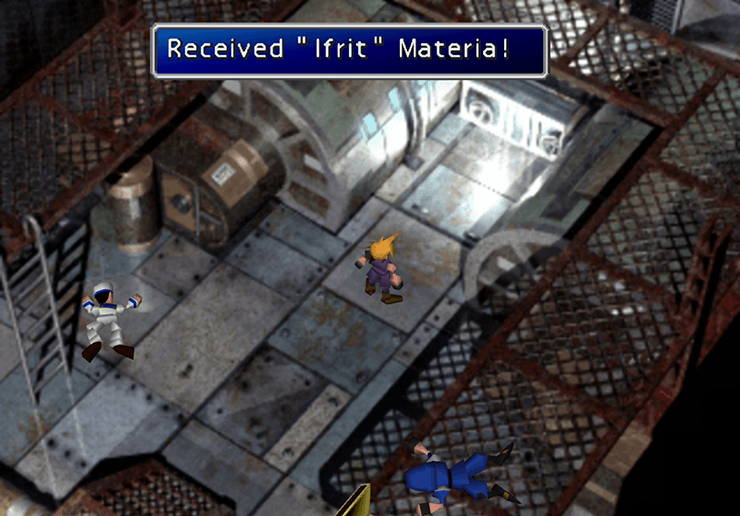 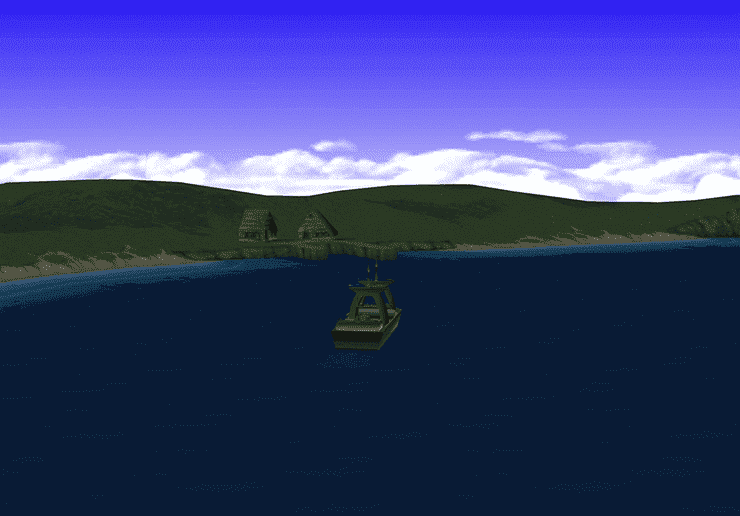