Next Page
(9) Mythril Mine

Travel eastward from Kalm towards the Chocobo Farm. You can use the map below to help guide you to the location but essentially the Chocobo Farm is the only location you can currently travel to. 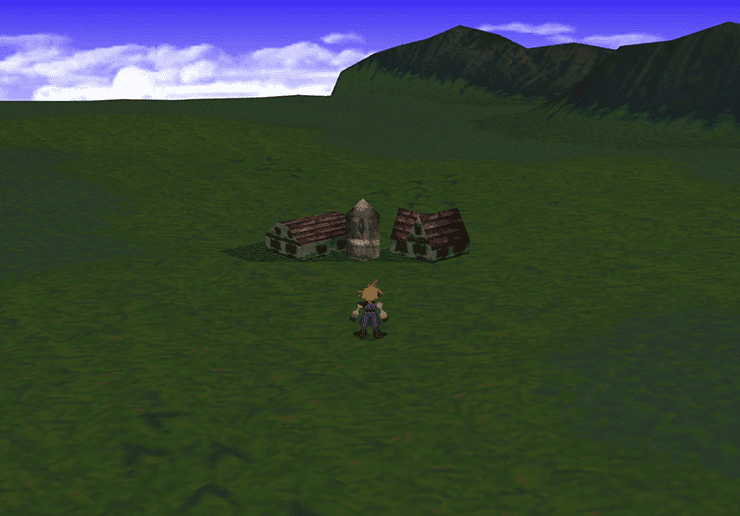 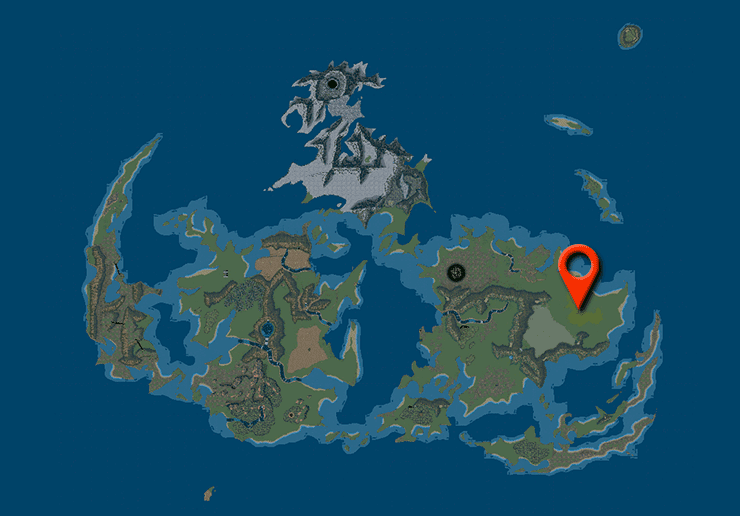 Speak to one of the Chocobos in the pen when you arrive at the entrance to the farm. Respond with “Wark” and the Chocobos will all do a little dance. Afterwards the Chocobo that you warked at will give you your first summon Materia which is called 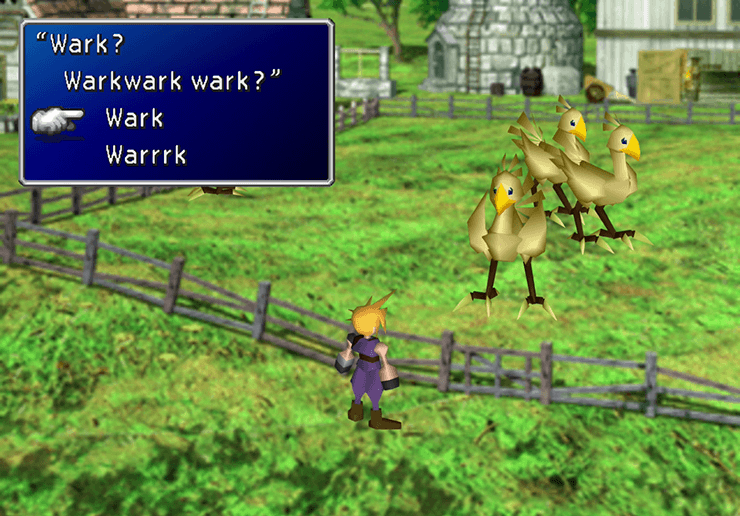 Choco/Mog is a great summon to use this early in the game and it can help you wrap up fights relatively quickly. That being said, if you plan on using summons rarely or not at all, you should avoid equipping Choco/Mog or other summon Materia as you come across it. 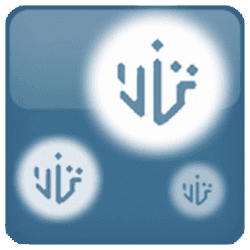 Summon Materia will raise your Magic and MaxMP but will reduce your character’s HP so be mindful of balancing your character’s stats properly. Check out the Materia Stat Effects page for more information.

Talk to the man inside the house and tell him that you are interested in crossing the marsh. His name is Choco Bill and he will tell you that the best way to get through the marsh and past the creature that lurks within (the Midgar Zolom) is to capture and ride a Chocobo. He then instructs you to talk to Choco Billy, his son, who is located in the barn.

Choco Billy is located on the south side of the barn when you enter. You can ask him about where and how to catch a Chocobo if you’d like, but essentially you will require a Lure (which is actually a type of Materia called

You can purchase the Materia from him directly for 2,000 gil. You will also need to feed the Chocobo some Greens in order to keep it occupied. Chocobo Billy sells 6 different types of Greens:

Chocobuckle is a move that you can learn through your

Enemy Skill Materia but the steps for obtaining it can be very difficult. Check out the Final Fantasy Wikia page on Chocobuckle for more information though only the most die-hard fans should go after Chocobuckle. It’s really not worth the effort. 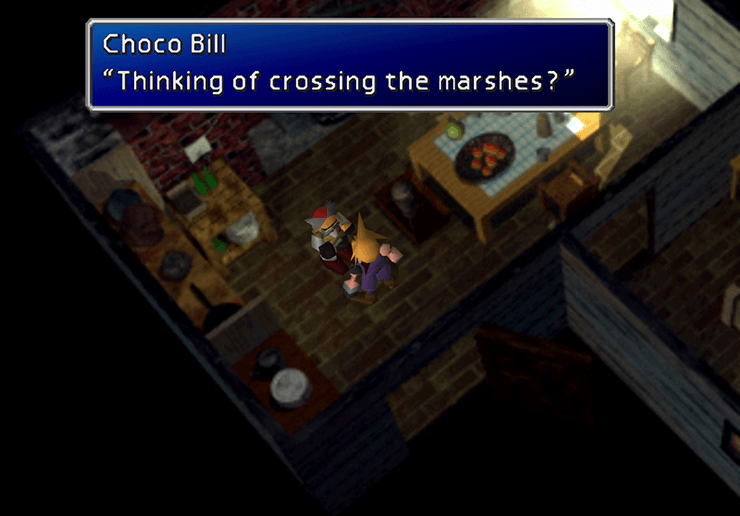 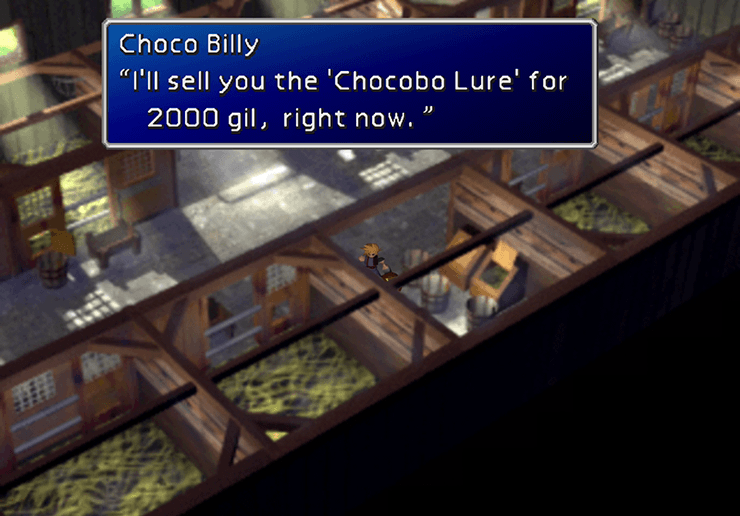 The best Greens to purchase are

Curiel Greens. They are fairly expensive but they remove any randomness from capturing a Chocobo unlike the Greens that reduce the Chocobo’s chances of running away. They will also keep the Chocobo in place for the longest amount of time (5 of the Chocobo’s turns).

Exit the Chocobo Farm and equip the

Chocobo Lure Materia on one of your characters. Travel close to the Chocobo footprints nearby to the farm until you encounter a battle which includes a Chocobo. 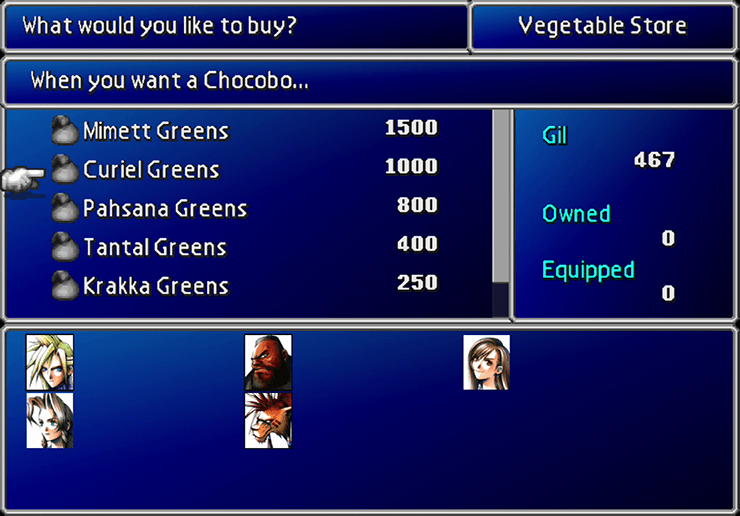 Select the “Item” command in battle and throw the Green(s) that you purchased to the Chocobo to keep it occupied and then take care of the remaining enemies. After the battle you will have successfully caught your first Chocobo! 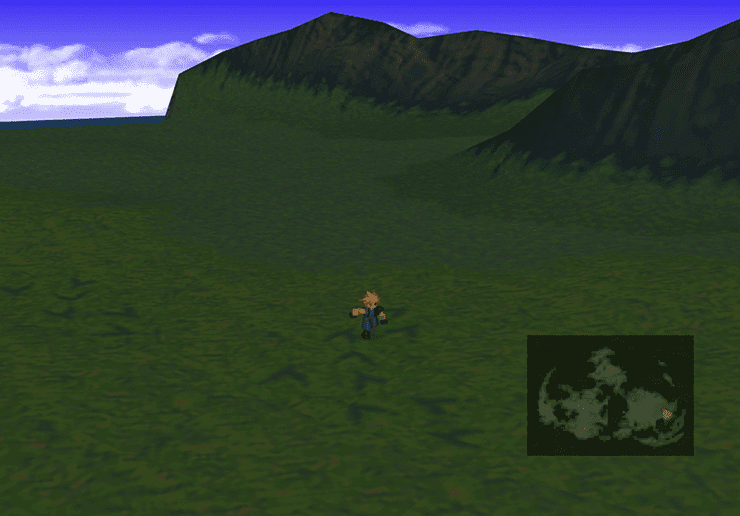 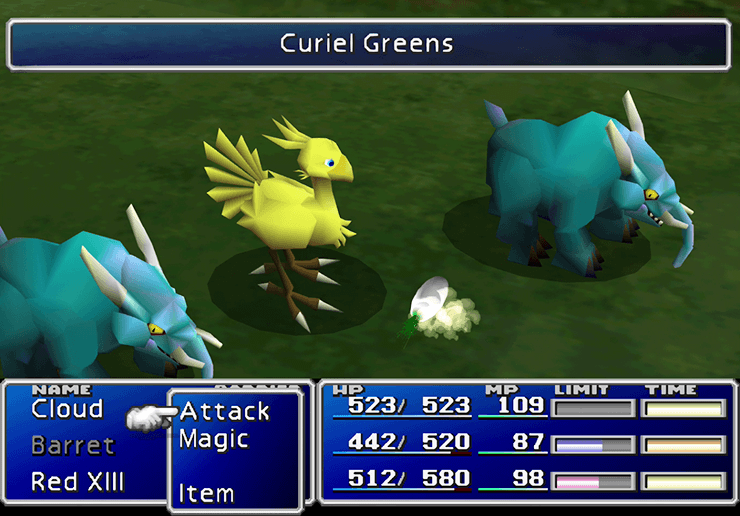 There are no random enemy encounters at any time while you are mounted on your Chocobo so feel free to wander around all you like. You can still be attacked by the Midgar Zolom as you cross the swamp so be cautious when you cross and run it away from it when it chases you.

There is a quick scene in front of the cave before Cloud and the rest of the team enter. Walk past the Midgar Zolom to continue on to the cave leading into the Mythril Mine. 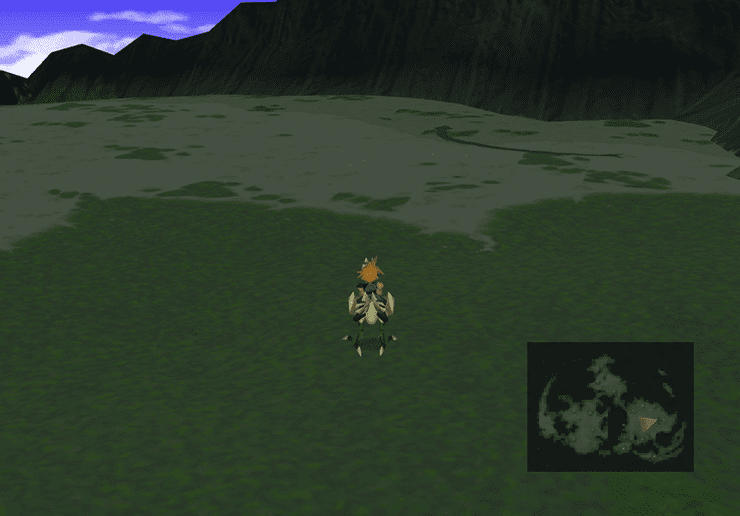 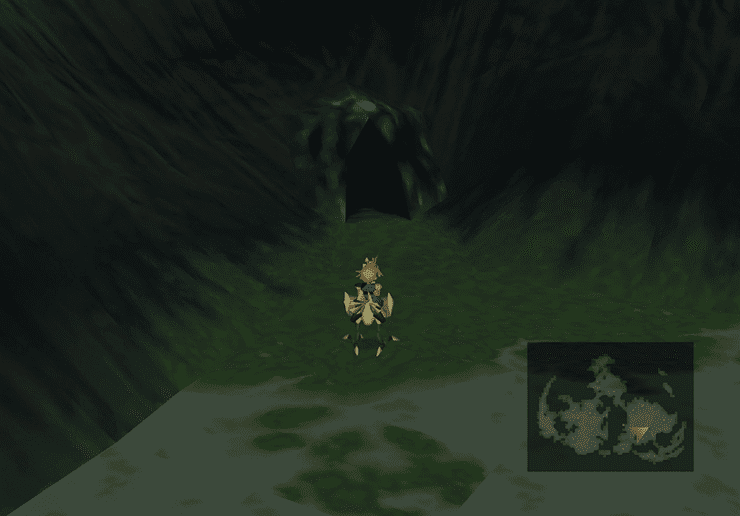 Next Page
(9) Mythril Mine