The Knight’s House is also known as the Weapon Shop in Treno. In addition to being able to purchase weapons from the Old Woman inside, you can also select another option when speaking to her to ask about the monster in the basement and initiate the battle. 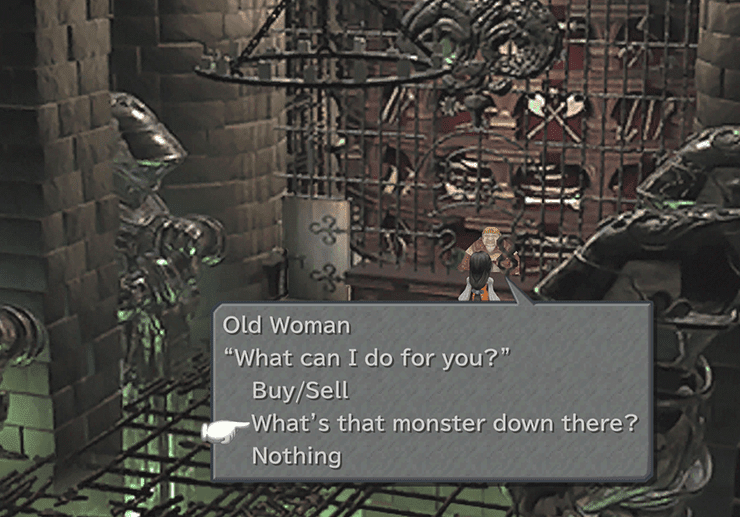 Each of the monsters are similar to monsters out in the field and become available at different parts of the game. You can only kill each of the monsters once and you have the option of selecting which party member will be involved in the battle. If you miss any of the battles listed below there is no way to go back and re-initiate the fight.

This battle can be initiated on Disc 2 when you first arrive in Treno. Equip Steiner with the following items:

The items listed above make it a fairly easy fight - two or three hits max, even at lower levels. The reward for successful completion is a 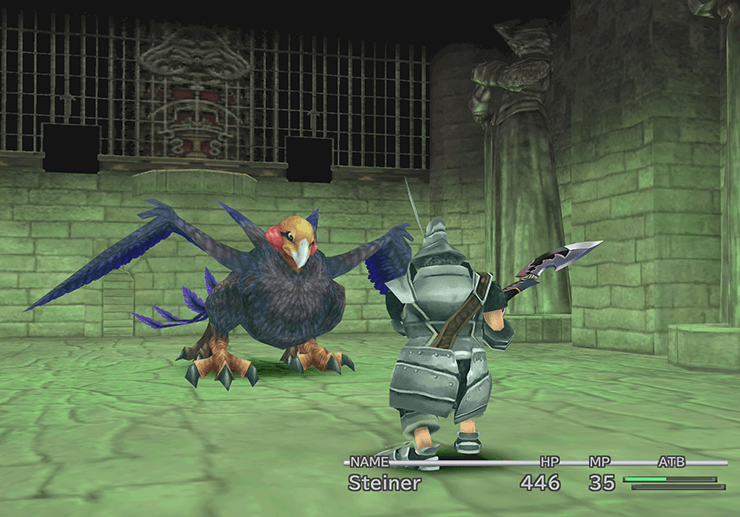 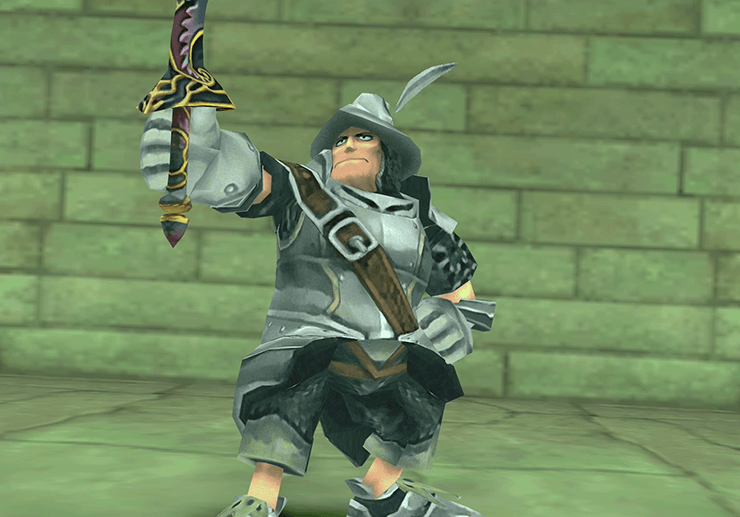 This battle can be initiated during the visit on Disc 3 during the card tournament sequence.

Equip Zidane with his newest weapon,

Angel Bless, or go and Synthesize one in the Synthesis Shop (the raw materials can be purchased at other item/weapon shops in town). Equip him with the Beast Killer and Jelly abilities to increase your damage and prevent the petrification status effect as well as the

Coral Ring will cause Catoblepas’ thunder-based abilities to heal Zidane. 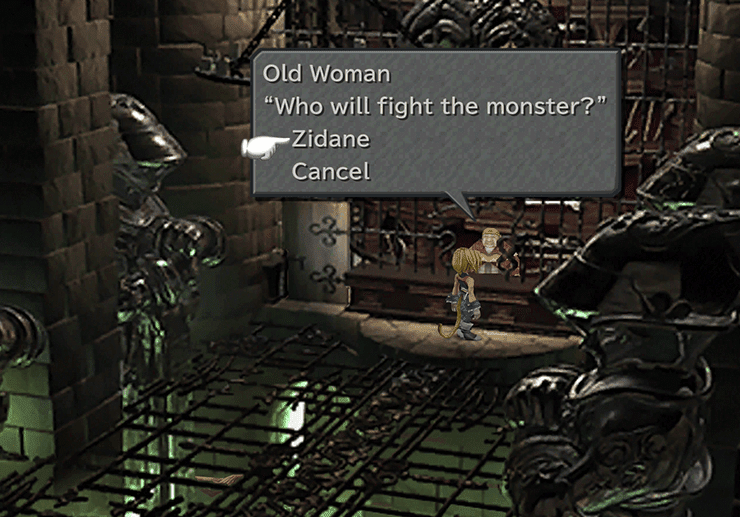 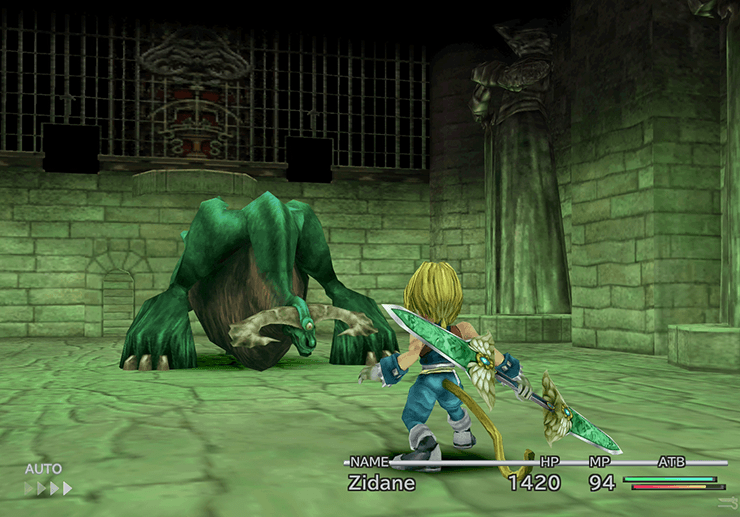 The reward for successfully defeating Catoblepas is 15,000 gil.

This battle can be initiated after obtaining Hilda Garde III on Disc 3 and returning to Treno before heading to Ipsen’s Castle.

Sargatanas from Daguerreo and his strongest armor and the battle should be fairly easy. You can use the Bird Killer ability to make the battle easier and use the Auto-Regen ability to heal up from attacks. Amdusias has approximately 6,578 HP. The prize for defeating it are another pair of 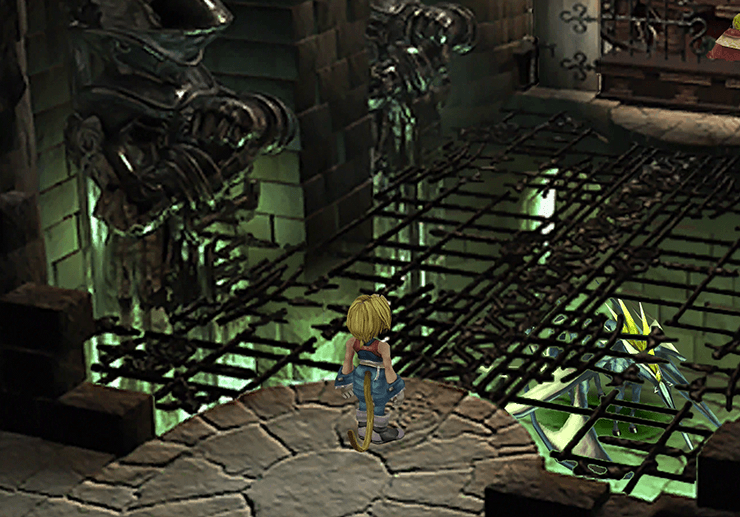 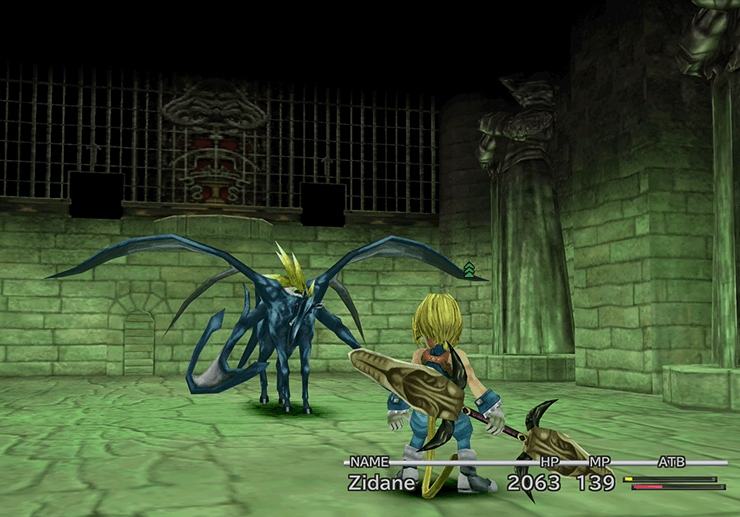 This battle can be initiated any time on Disc 4.

Sargatanas weapon and use the Soul Blade ability to Petrify Behemoth to make the fight even easier. The reward for defeating it is a 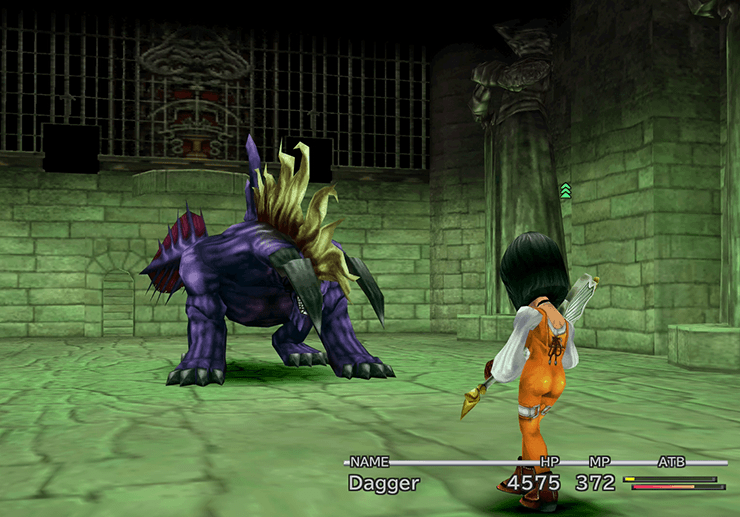 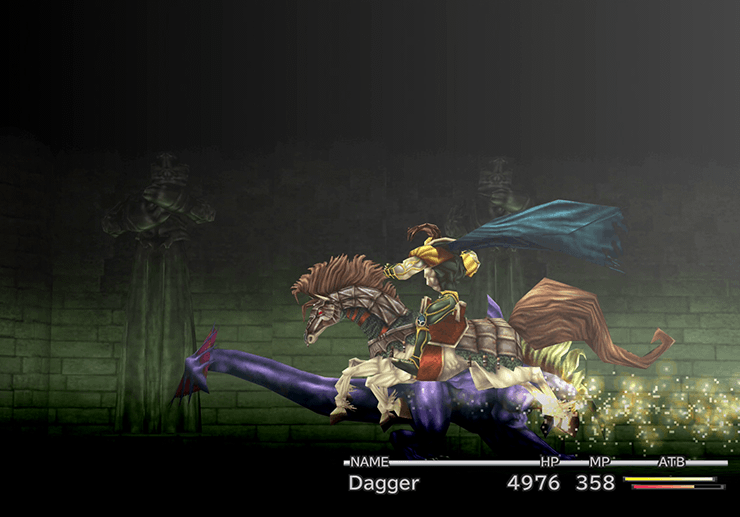 You can obtain the Dragon Lady Trophy by defeating Behemoth with Dagger. 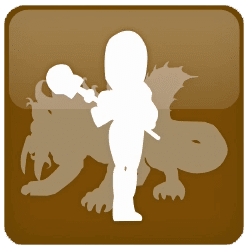