Tetra Master is the side quest card game that can be played throughout Gaia during a playthrough of Final Fantasy IX. It is a follow up to the card game in Final Fantasy VIII called Triple Triad.

The primary difference between Triple Triad and Tetra Master though is that this card game offers very few (if any) rewards aside from the satisfaction of finding the cards and mastering the game. As a result, there is really no reason to play the card game unless your goal is to complete a full playthrough and experience/master everything that Final Fantasy IX has to offer. 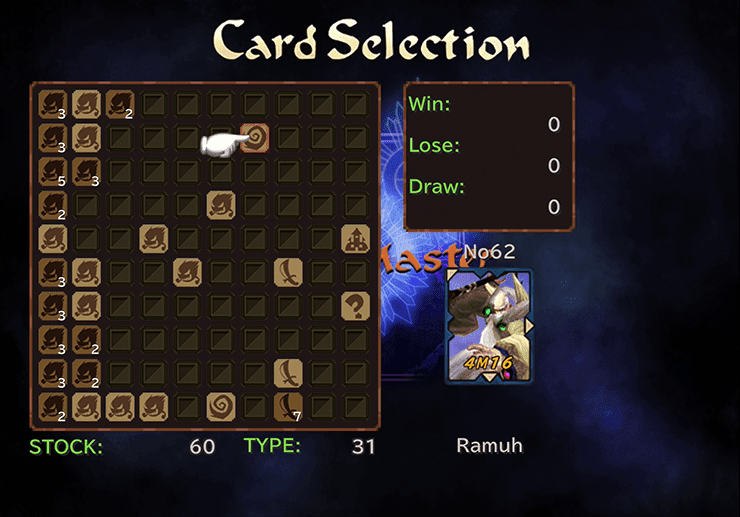 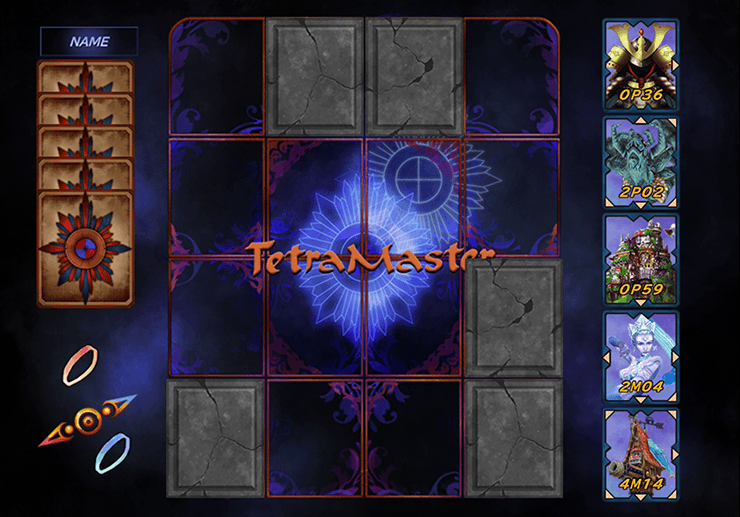 There is a point in the game on Disc 3 when the team travels back to Treno which is why the rules and strategy sections for the game are included as part of this guide.

Tetra Master Cards are obtained as rewards at various points in the game and are sometimes included as a reward for defeating a monster or boss.

Button when standing in front of a non-playable character (NPC) to initiate a Tetra Master game. Not all of the NPCs will accept the challenge and play cards, but many of them do.

The game grid has 16 squares with up to 6 of those squares randomly locked off from being used. Each player takes turns placing a card on the game grid until all of the cards have been played. The object of the game is to challenge or battle adjacent cards and “capture” them over to your color.

Each of the cards have 4 characters listed near the bottom representing the cards stats (with descriptions of how each functions below).

The first character is the Power Stat. It represents the offensive power of the card and the power that the card has when it is used to attack and capture other cards on the board.

The second character is the Card’s Class which will be represented as either:
- P (Physical)
- M (Magical)
- X (Flexible)
- A (Assault)

Combination attacks are where the game gets rather complicated. Once a card has been defeated or captured, any enemy cards pointed at by the arrows of that card are also captured.

You win the game if you have more cards at the end of the game then your opponent.

Make sure that you protect your cards by placing them in secure locations using the blocks placed around the board. Save your stronger cards for the end of the game making sure that the arrow directions will allow you to utilize it properly when the time comes and then unleash it for a final combo.

The maximum amount of cards that you can hold at any given time is 100. This rule doesn’t make much sense, but as a result, you will have to throw away more common cards later in the game in order to free up space for more rare cards.