The Chocobo’s Forest can be found on the eastern side of the continent near the South Gate amid the King Ed Plains. Use the screenshot below and the map provided to help you find it. 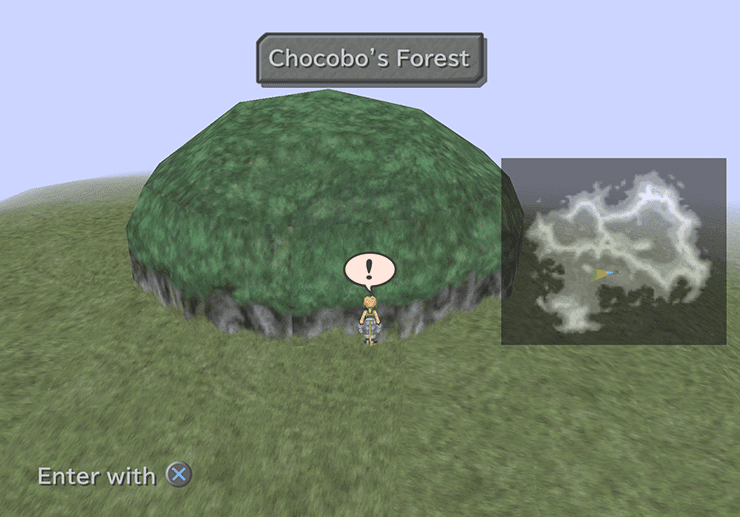 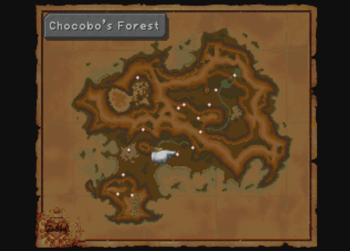 You will meet up with a Moogle named Mene as soon as you enter the forest. Mene will ask you if you would like to ride Choco, the Chocobo, in order to travel through the area without running into any monsters. He will provide you with

Gysahl Greens which you can use to call Choco any time you are near a set of Chocobo footprints on the world map.

Leave the Chocobo’s Forest and travel to the Chocobo footprints just outside of the forest (to the east) and then select and use the Gysahl Greens out of your item inventory.

Riding Choco the Chocobo is a nice and easy way to get around the world map, but for now you should return to the Chocobo’s Forest with Choco. Walk over to Mene and ask him “What’s the big secret?” to have him expand on what he had said to Zidane earlier. He will explain that Choco has the ability to seek out treasures and items hidden underground. Choose to pay the 60 gil when prompted in order to play “Chocobo Hot & Cold”. 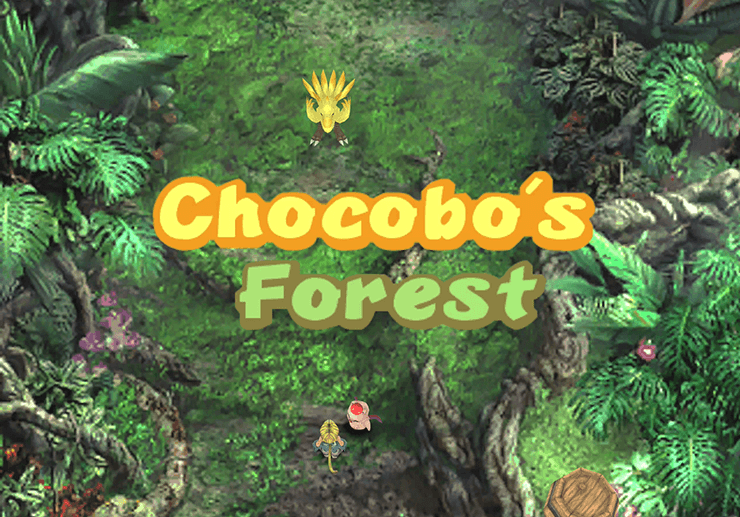 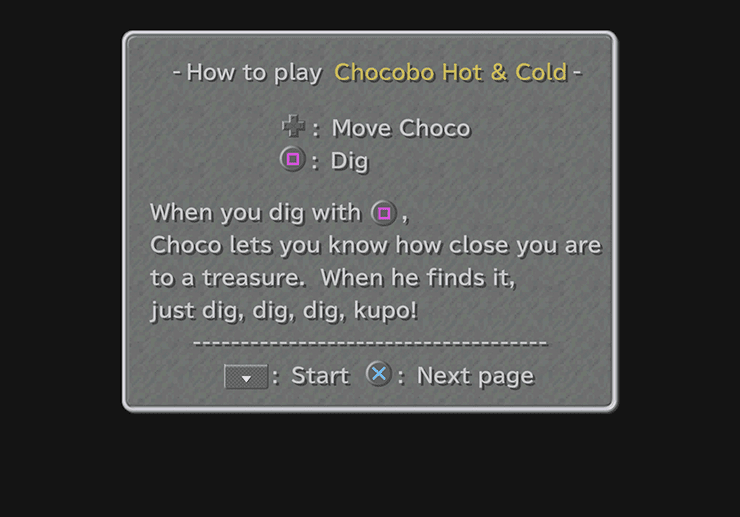 The object of the game is to dig up Chocographs and Choreograph Pieces in each of the Chocobo locations throughout the world but you can dig up a variety of other rewards. As indicated in the instructions provided (and shown in the screenshot above) press the

Button to dig with your Chocobo. It will respond with either:

The points you receive for each item are as follows:

The best strategy for digging up items and Chocographs during the Chocobo Hot & Cold side quest is to move around in the center of each of the areas so you can cover as much of an area as possible. Chocobo’s Forest is the easiest location to hunt in (until you receive the Mountain Ability). 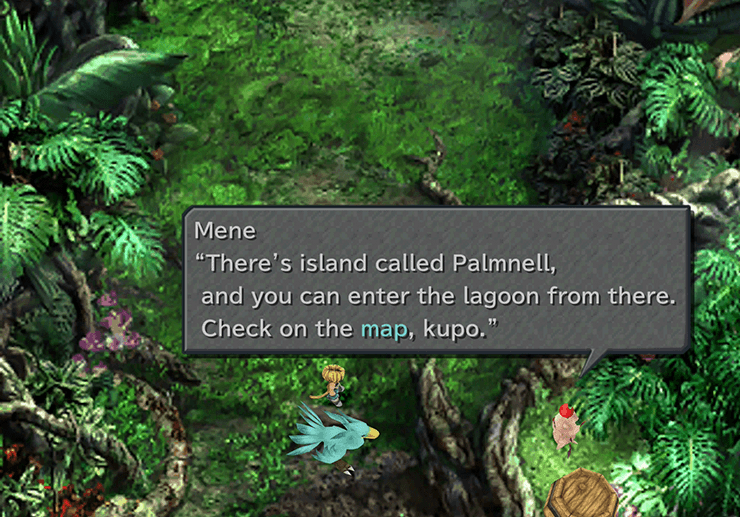 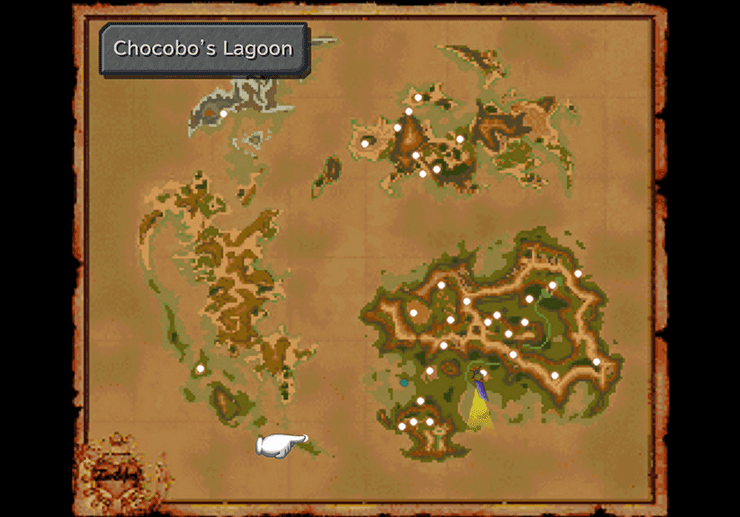 Exit the area and check the mini-map to find a new area to the southwest identified as Chocobo’s Lagoon. You are too far away to reach it now, so hop back into the Blue Narciss (leaving Choco behind) and sail over to the Lagoon. You can’t actually reach it at this point though and will require a Chocobo with the Reef Ability (after obtaining Chocograph #4) in order to reach it. Travel to the island to the west of it, call a Chocobo using

Gysahl Greens and then travel over to the lagoon. The pathway is a little bit difficult so use the video below to assist you:

The first thing you need to do to reach the Chocobo’s Air Garden is obtain the Sky Ability allowing you Chocobo to fly. You can do this by obtaining the proper Chocographs (click on the link for more information) and Chocograph pieces. 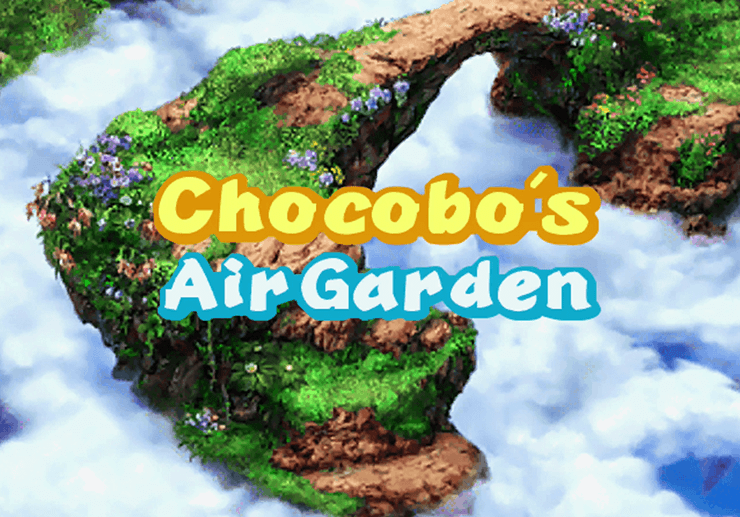 The spots are shown in the screenshots below: 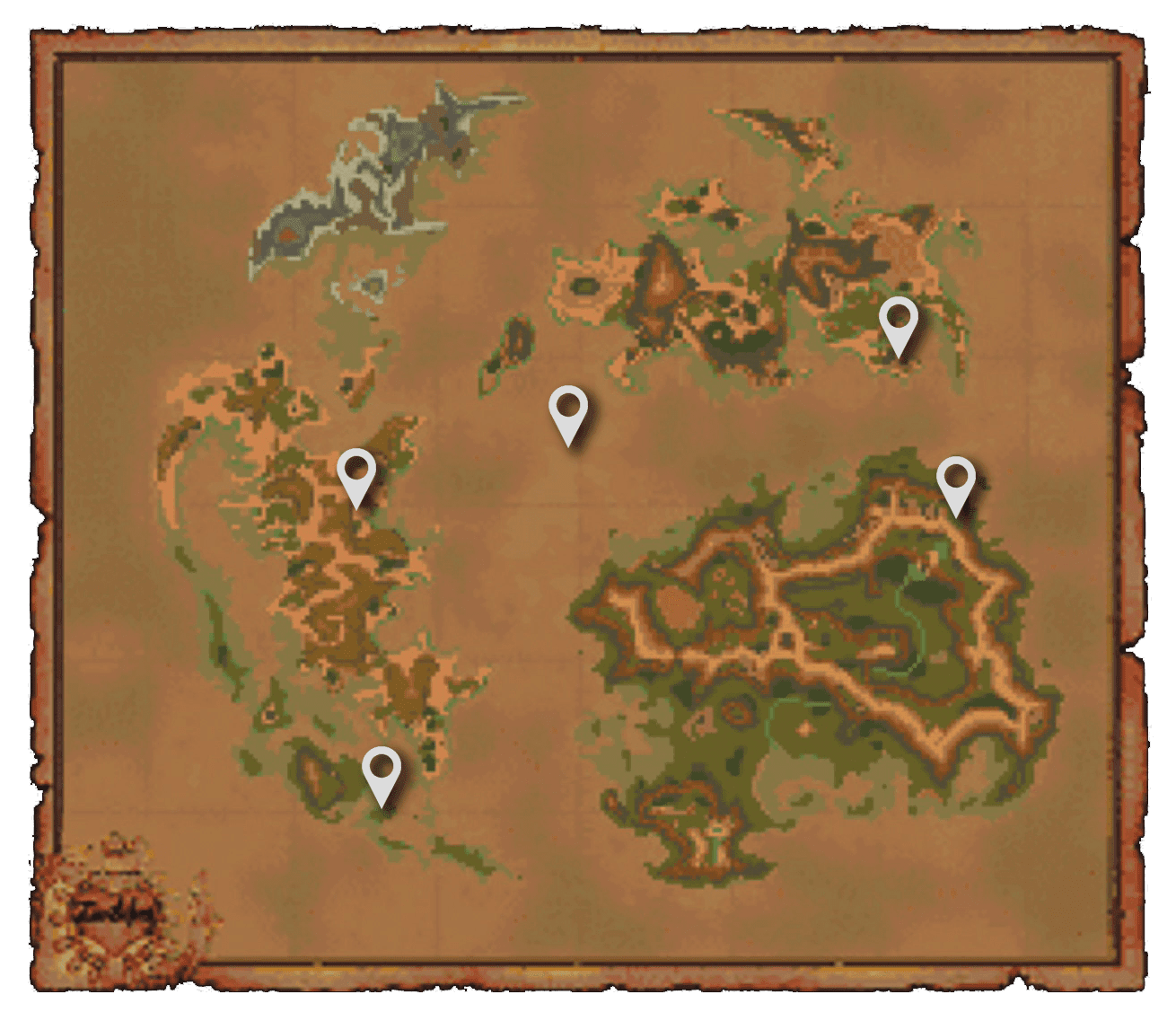 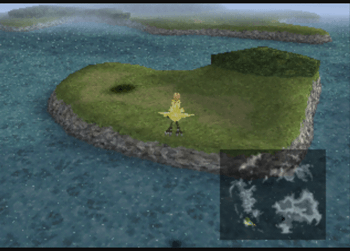 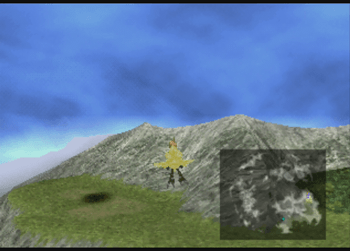 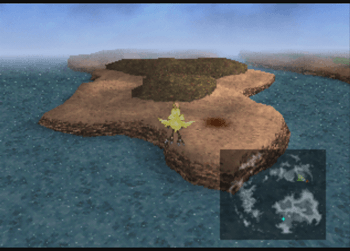 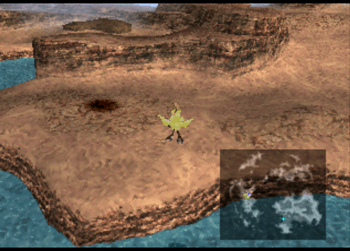 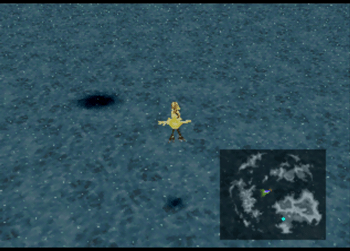 This side quest runs in tandem with the Chocograph, Chocobo Dive Spots, Chocobo Mountain Cracks and Chocobo Beaches side quests which contain the true rewards.

Leveling up your Chocobo’s beak level is a requirement for obtaining the Follow Your Nose Trophy. You must get your Chocobo’s Beak level up to level 99. Click on the link for some tips and tricks on how to do this more efficiently. 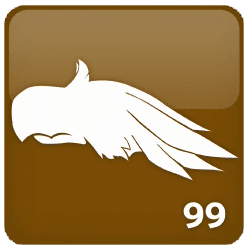