The Chocobo’s Paradise is located in the northwestern corner of the map in the middle of the ocean. Fly your Chocobo over to the island (which does not appear on the mini-map) and use a

Dead Pepper on the crack in the mountain to gain entry.

Speak to the Fat Chocobo and a short cutscene will begin involving Choco and Mene. Fat Chocobo will give Zidane the

Fat Chocobo Card. Go back into Chocobo’s Paradise and challenge Fat Chocobo to a game of Tetra Master. Fat Chocobo will talk about visiting each of the worlds beaches and restoring them. 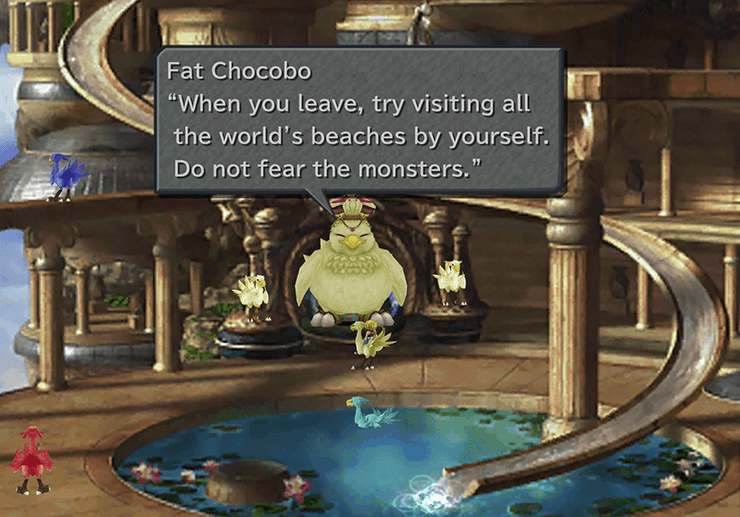 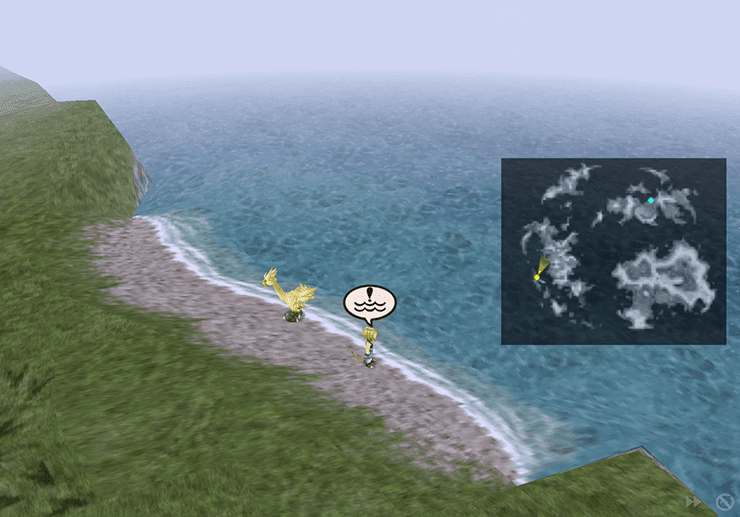 There are 21 beaches to find in total. Each of them are listed and are shown in the map below: 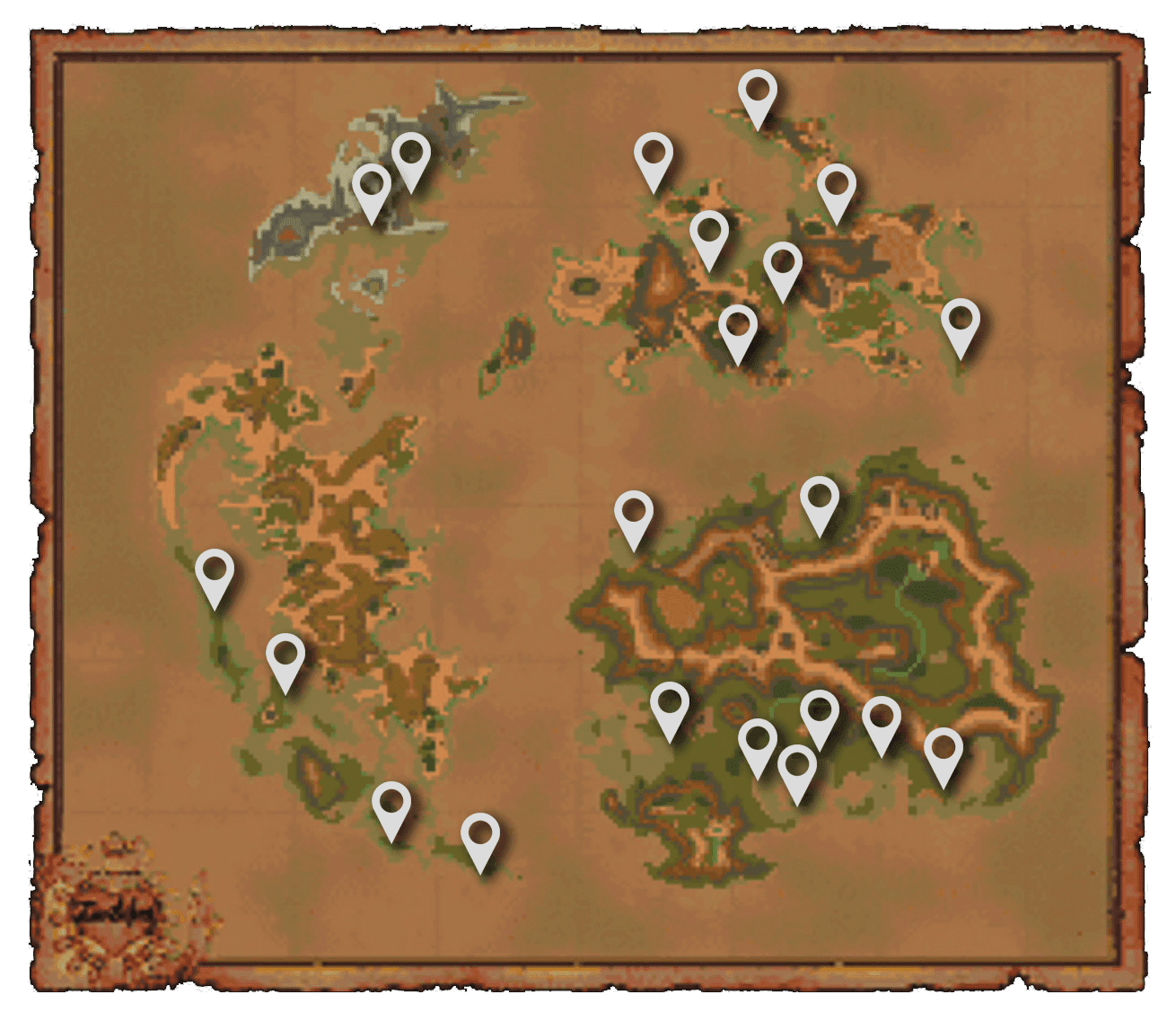 You can now press the

Button on any beach to completely restore your the HP and MP of your party members.

Finding all of the Chocobo Beaches is a requirement for obtaining the Beach Bum Trophy. You will automatically receive the trophy after you visit all 21 beaches. 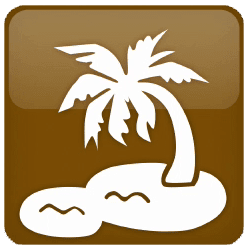