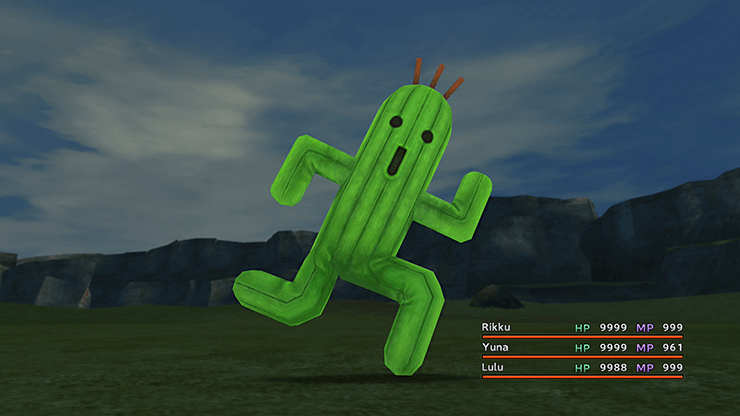 Qactuars won’t appear in the Thunder Plains until you “release them” and this should only be done later in the game. Check out Kimahri’s Spirit Lance section for more details:

Spirit Lance
The Celestial Weapon for Kimahri obtained in the Thunder Plains. 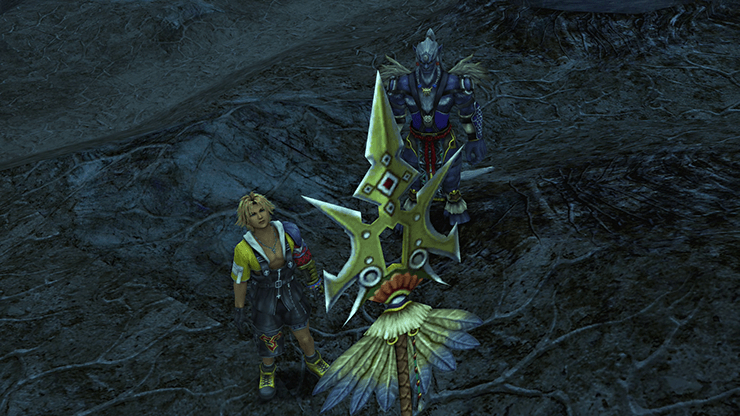 Qactuars can be a pain to defeat. They have low HP, and in theory it will only take one attack to defeat them, but their Agility and Luck stats make them nearly impossible to hit with a regular attack. It also has high Magic Defense, making magic-based attacks ineffective as well. They also counterattack with “1,000 Needles” which could KO your party members making repeated attempts to land an attack difficult.

So how are you supposed to defeat them?

The best strategy for defeating a Cactuar is to use attacks that can’t miss. Specifically, this means using your Overdrives, or having Rikku use her

Use Special Ability and throwing a

Grenade. Wakka is the only party member who stands a half decent chance at hitting them with a regular attack from his Blitzball.

Can be found in the Thunder Plains but they need to be unlocked. Check out the Spirit Lance section for more details.