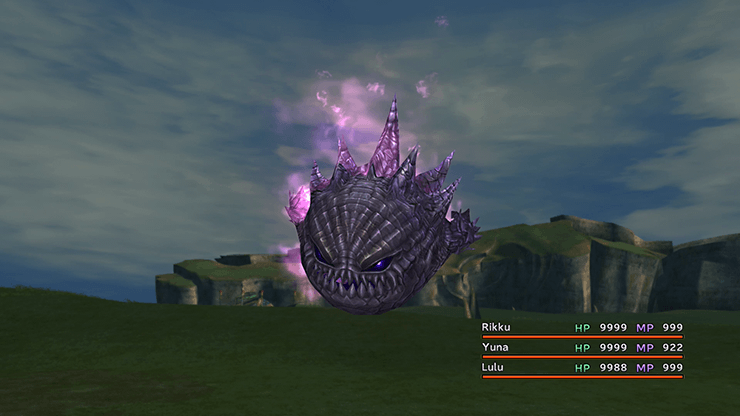 The Grenade is a Bomb-type enemy that can be found along the Mt. Gagazet mountain trail. You need to capture five of each Bomb-type enemy in order to unlock Bomb King in the Species Conquest section of the Monster Arena.

Grenades will grow larger in size up to three times, and if not defeated, it will explode for a ton of damage. You can plan for and protect yourself against this attack, or just defeat the Bombs as quickly as possible when you encounter them. They are resistant to magic-based attacks, so just hit them with as many physical attacks as you can. Focus on taking one down at a time before they explode.

Lancet on a Grenade to learn Self-Destruct for his Ronso Rage Overdrive.

They can be found anywhere along the Mt. Gagazet mountain trails.